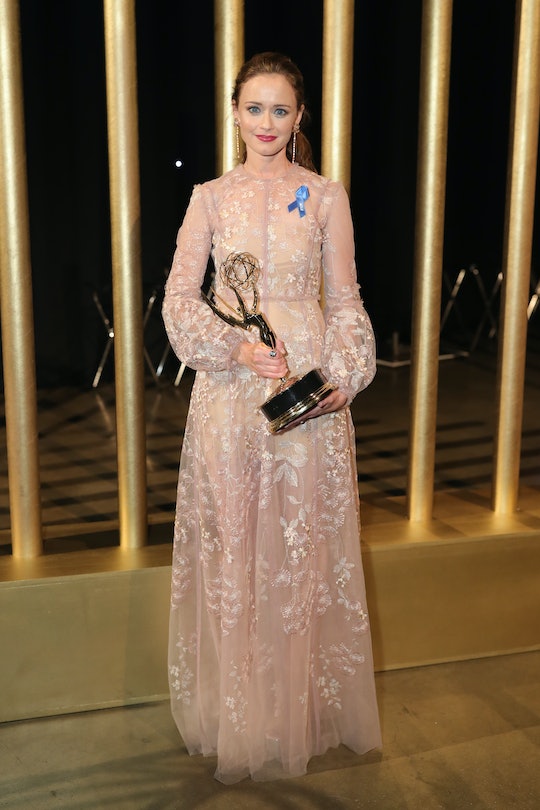 Rewatching The 2017 Emmy Awards Is Easy

It's almost time for the 2017 Primetime Emmy Awards and TV fans can't wait for the biggest night in television to commence. From seeing which one of your favorite shows and actors walk away with the prize to the hilarious jokes host Stephen Colbert is undoubtedly going to make, the Emmys is not to be missed. However, things happen and sometimes you just can't tune in live. So here's how to rewatch the 2017 Emmys, in case you miss it the first time around or if you just want to see it all unfold again and again.

Obviously, the best way to rewatch the awards ceremony would be to DVR it, but if you don't have a TV there are other alternatives. The best way to rewatch would be to get CBS All Access, which is the network's streaming platform. Because the awards ceremony is airing on CBS this year and CBS doesn't allow you to log in with a cable subscription anymore, you'll need a CBS All Access account to see the Emmys online.

Don't worry though; if you don't want to pay just to see the Emmys, you can get a seven day free trial of the streaming platform, and just cancel it when you're done. (Though quite honestly, you may end up wanting to keep it considering it also grants you access to shows like The Good Fight and the upcoming Star Trek: Discovery.) It's that easy, and unfortunately, it's the only way you'll be able to see the whole ceremony from beginning to end, unless the regular CBS site is kind and ends up posting the entire event for all to see the following day.

However, you will definitely be able to see clips of the night's best moments every where on the internet. Most likely, you'll catch the opening number/monologue, the most moving award speeches, and the funniest jokes circling Facebook and Twitter. No doubt you'll also be able to see clips from the show on YouTube. Put all the clips together and you could probably see the majority of the whole awards ceremony, if not the whole thing.

So you don't worry if you can't watch the Emmys live; you'll be able to get the highlights the next day, or more likely that very night. But if you can watch the show live, you totally should. Not only will the Emmys be the topic of conversation come Monday morning, but it'll probably be a lot of fun to watch.

With Stephen Colbert hosting there will definitely be a few jokes made about the current political administration throughout the night. Additionally, don't you immediately want to see which of your favorite shows and actors win in their various categories? You don't want to find out Mille Bobby Brown won her first Emmy from someone else; you want to see her emotional reaction when it happens. So try to watch live if you can, but definitely make sure to check out the highlights if you can't.