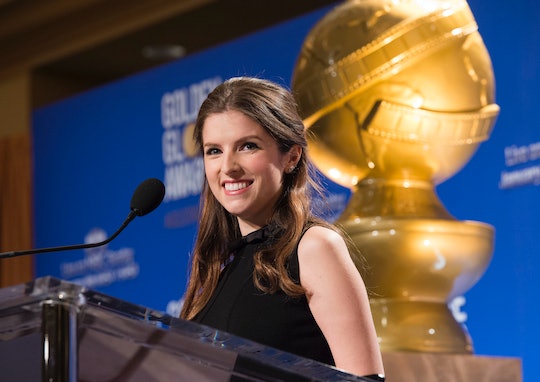 Rewatching The 2017 Golden Globes Is Easy

While others were excited for New Year's Eve celebrations, I was excited for the start of awards season. I mean, who doesn't love watching celebrities come together to celebrate one another while wearing the most gorgeous outfits I can never afford? It's the best. And it all kicks off on Sunday, Jan. 8 when the Hollywood Foreign Press Association gathers the best of the best in Hollywood for the 2017 Golden Globe Awards. Unlike other award ceremonies, the Golden Globes honors work in both film and television. So how can you rewatch the 2017 Golden Globes in case you miss it? There are a few different possibilities at your disposal.

From the casts of Westworld and Game of Thrones to the casts of Moonlight and La La Land, everyone who's anyone will be at the Golden Globes for the big event, which is why you won't want to miss a moment of the excitement. However, Sunday nights aren't always the best time for everyone to gather around their television screens. The actual award ceremony doesn't even begin until 8 p.m. ET. and some of us have work in the morning. So besides making sure your DVR is all set to record the show for your convenience, there are a few ways you can rewatch the ceremony if you can't see it live (or if you just feel the need to watch it all again). And thanks to the internet, you'll be able to find the 2017 Golden Globes award ceremony online the next day.

The best place to look for the Golden Globes the next day is by going straight to the source at NBC.com. Since NBC played host to the live event, they'll have the entire thing available on their website for anyone who wants to watch (or rewatch) it as many times as they would like. Typically you can find the award show on the site the very next day, but it won't stay up there long so make sure you check it out ASAP, before it's gone.

Odds are, you'll also be able to find the awards show on Hulu the very next day. Since Hulu is part of NBC Universal, you can usually find all of NBC's shows on the site and there's no doubt the Golden Globes will be added the day after it airs. So if you have a Hulu subscription, this would be a good time to put it to good use. If you don't, Hulu has a great one week free trial that you may want to test out.

Those are probably your two safest bets when it comes to watching the award ceremony online the very next day, but either option is pretty accessible, so that should be all you need. But however you decide to watch the award ceremony, if you miss it live be sure to avoid social media at all costs or run the risk of spoilers. You've been warned!