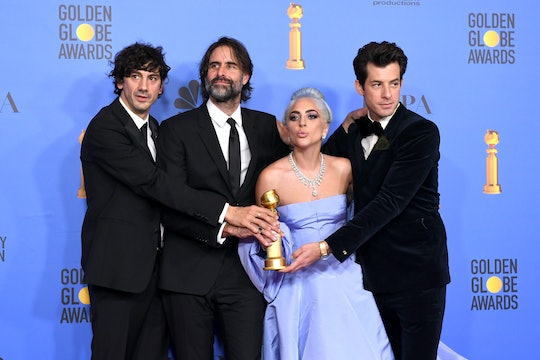 Did You Miss The 2019 Golden Globes? Don't Fret — Here's How To Rewatch It

The first major awards show of 2019 has come and gone — kicking off yet another season of red carpet looks, celebrity interviews, and acceptance speeches. That's because the Golden Globes were held on Sunday, Jan. 6. And honestly? This year's live event was filled with plenty of touching, hilarious, and surprising moments. So if you happened to miss the excitement the first time around — or you just want to re-live some of your favorite jokes/reactions — let's take a look at how to rewatch the 2019 Golden Globes.

Because the Golden Globes (as always) aired live on NBC, it's pretty likely that you'll be able to catch the ceremony itself on NBC.com if you're able to watch it by Monday, Jan. 7. You can already watch some of the Golden Globes highlights on the site. You can also watch a long list of highlights from the night on Hulu if you have a subscription. NBC's YouTube page also has a hefty collection of videos you can watch to relive the night.

Other than that, though, you'll be hard-pressed fo find the whole show anywhere else. (Unless you thought to DVR the show ahead of time.) But never fear! Because if you want to avoid the boring parts altogether and only focus on the interesting highlights, there's always social media turn to as well.

This time around, the Golden Globes were hosted by Andy Samberg and Sandra Oh. Which might have seemed like an odd pairing at first. But trust me, it totally worked.

The duo started out their gig with "roasting" celebs — aka killing them with kindness. As HuffPost reported, Samberg and Oh declared themselves the "nicest people in show business" and then proceeded to hilariously fail at roasting celebrities in the audience. "Amy, save some for the rest of us you mega-talented piece of dog crap!” Oh said. “Hey Jeff, I wish you were my dad,” Samberg added. After some fake roasting and then some lighthearted actual roasting, Oh's remarks took a more serious — and powerful — turn.

She continued, "But right now, this is real. Trust me, it is real. Because I see you and I see you. All of these faces of change and now, so will everyone else."

If you're still hoping to catch the entire 2019 Golden Globes ceremony for the first time, I won't spoil anything else for you. But aside from the hosts, it's worth noting what got the most nominations going into the awards show. Vice earned a whopping six Golden Globe nominations, which was the most of any movie, and The Assassination of Gianni Versace: American Crime Story had the most nominations of any tV series, according to The Washington Post. Additionally, The Favourite, Green Book, and A Star is Born each received five nominations. (Which definitely isn't too shabby.)

Needless to say, a lot went down on Sunday and, thankfully, there are plenty of ways to catch up on those memorable moments.