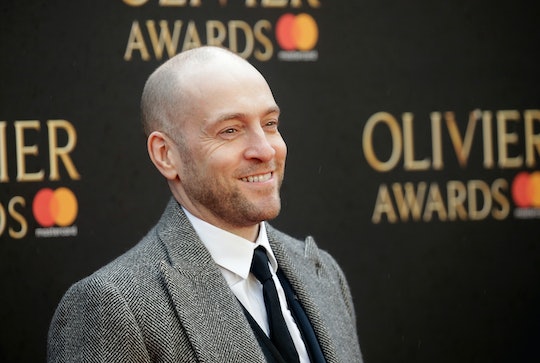 While Derren Brown may be well-known to British audiences, the illusionist — who has two decades' worth of series and specials under his belt — is just beginning to take off in the United States. He made his U.S. stage debut last year in an off-Broadway show called Secret, and this month his second of three specials, Derren Brown: Miracle, drops on Netflix. But new fans may be wondering how to see Derren Brown live, since his work as a mentalist is so captivating. (Plus, reviews of Miracle gripe that there aren't enough behind-the-curtain explainers of how he performs his uncanny feats of illusion.) If you want to see him up close and personal, he's currently on tour in the UK and Ireland.

His latest live show, The Best of Derren Brown: Underground, runs from April to July with dates in Liverpool, Dublin, Belfast, Cork, and Glasgow, along with ten other cities. The trailer features the likes of Martin Freeman (of Sherlock fame) singing Brown's praises and Underground has already been nominated in the Best Entertainment and Family category at the 2018 Olivier Awards (though the show is open only to audiences ages 12 and over). His past stage shows include Miracle, on which the upcoming Netflix adaptation is based, Svengali, Infamous, Enigma, Mindreader — An Evening of Wonders, Something Wicked This Way Comes, and Derren Brown Live.

Along with his live shows, Brown has been a mainstay on British television for nearly two decades, since the premiere of his 2000 series Mind Control. In the trailer for The Best of Derren Brown, he identifies his work as a fusion of "magic, suggestion, psychology, misdirection and showmanship," which is on full display in his Netflix specials. Derren Brown: The Push first debuted on the streaming service this past February, which was his formal introduction to a mainstream U.S. audience. In it, he says, he "exposes the psychological secrets of obedience and social compliance" by manipulating audience members into performing horrific acts to prove how easily otherwise kind people can be swayed. (Unsurprisingly, his work has drawn a fair bit of controversy overseas, with complaints of animal abuse, inappropriate glorifications of suicide and gun culture, concerns of "copycat" behavior being a threat to viewers, and critiques of his generally insensitive approach to violence.)

Derren Brown: Miracle draws from the illusionist's personal background and upbringing in the Evangelical Christian faith. The concept special focuses on the phenomenon of "faith healing," or the practice of religious leaders supposedly relieving their congregants of physical ailments through the power of god. "Through extraordinary demonstrations and exposés of evangelical faith healing, the sell-out show examined the stories we tell ourselves and the value of the present moment," Brown's website states of Miracle's stage version.

The purpose of Miracle is to show how "faith healing" is really more of a manipulation of group think, using psychology and the power of suggestion to alter people's perceptions of reality. It's a novel concept and the special has been getting rave reviews, so if you're into mind-melting feats of mentalism, you can tune into Derren Brown: Miracle starting June 22.