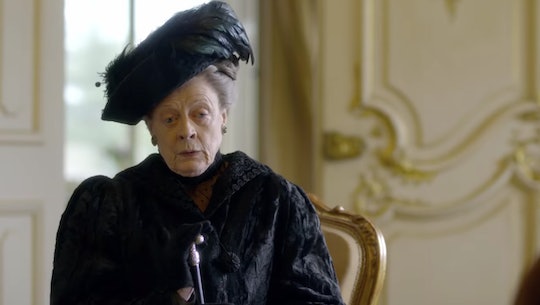 Catching Up On 'Downton Abbey' Couldn't Be Easier

Like many long-running, much-beloved series before it, Downton Abbey has made the jump to the big screen. It's theatrical endeavors catch up with the affluent Crawley family just in time for a royal visit at their ancestral home. If you're a new fan who'd like to know more about the inhabitants of the manor, or an old fan after a dose of nostalgia, then you'll need to know how to stream Downton Abbey. There are a few options that make streaming the show feasible.

Downton Abbey isn't available on two of the big streaming services; you won't find it on Netflix or Hulu. But if you have Amazon Prime, then you're in luck. All six seasons are there for the taking, if you're a member. And if you're not, perhaps a free trial could give you a glimpse of what it's like. But maybe you don't want to sign yourself up for another streaming service. That's totally fine! PBS has got you covered.

When Downton Abbey aired in the U.S., it aired on Thirteen as part of Masterpiece Theater. Now you can watch the entire series on the PBS website using their PBS Passport service. Membership involves a monthly donation of your choosing that ranges from $5 to $50, or some other amount that you decide. You can make it a recurring donation, if you like, or a one-time thing. Either way, all of Downton Abbey (and Thirteen's other Masterpiece classics) would be at your fingertips.

Downton Abbey's six seasons covered 13 years in-universe, with its pilot picking up the day after the Titanic's sinking in 1912 and the finale taking place on New Year's Eve 1925. Quite a lot happened in those 13 years: members of the family unexpectedly lost their lives, characters struggled with traumatic events, WWI upended daily life, and the Spanish flu raged through the house. And when the Crawleys and their staff weren't navigating massive outside upheaval, they also had to contend with their complicated personal lives. Engagements were made and broken, love affairs went sour, and there was at least one illegitimate child born to a Crawley sister.

But getting a deeper sense of the residents of Downton Abbey couldn't hurt, either. Perhaps you just need a refresher of the finer details that have escaped your memory since the show ended; maybe you're delving in for the very first time. Either way, streaming the series could be the perfect way to get in mood for the movie — or keep the party going after it reaches its conclusion.