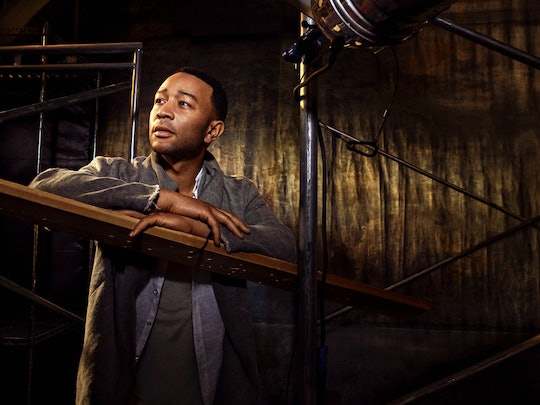 How To Stream 'Jesus Christ Superstar Live!' So You Can See It All Firsthand

An all new live TV musical is heading to NBC, and this one may be even better than the ones that came before it. NBC will air Jesus Christ Superstar Live! on Easter Sunday, the perfect day to watch a musical loosely based on the last week of Jesus' life. This is a show you'll definitely want to watch live, so if you don't have access to a TV, you may be interested to know how to stream Jesus Christ Superstar Live! Thankfully, there are a few different options at your disposal.

The easiest way to watch is by visiting NBC.com/live where there's a running live stream of the TV channel, however, you will need a cable subscription in order to gain access. You can also watch the production on the NBC app, but that too requires you to log in with a TV provider. Alternatively, you can watch live streams of NBC on Hulu with Live TV or YouTube TV, both of which come with free trials. Just remember to cancel them later if you don't want to commit, otherwise you will be charged. That is unless you end up loving it and decide to keep it. Besides that, you will probably be able to find Jesus Christ Superstar Live! on Hulu the very next day after it airs. However, it's in your best interest to watch the show live.

Since the musical first premiered on Broadway in 1971 there have been a number of revivals of the popular show. It's been revived on Broadway twice, first in 2000 and then 2012, and all iterations of the musical received Tony nominations. Jesus Christ Superstar has also been turned into two films, first in 1973 and then again in 2000. The 2000 film adaptation even won an International Emmy Award for Best Performing Arts Film in 2001.

The original composer, Tony winner Andrew Lloyd Webber, and original lyricist, Tony winner Tim Rice, both signed on as executive producers of Jesus Christ Superstar Live!, which means the show will most likely stick closely to the original. However, Dixon did reveal in a promo clip for the show that Webber has reworked the productuion "for what's new and what will resonate with the people who are gonna see it now." Still, while there may be some slight changes, fans of Jesus Christ Superstar can still expect to hear their favorite songs like "Everything's Alright" and the plot will more or less be the same.

So whether you've seen every iteration of Jesus Christ Superstar you could get your hands on or you're totally new to the musical, this is one you won't want to miss. With a stellar cast and incredible producers working behind-the-scenes, there's no doubt this will be another hit for NBC. Though there have certainly been a number of amazing productions in this new era of live TV musicals, Jesus Christ Superstar Live! definitely has the potential to be the greatest one yet. So before you hear everyone talking about how great it is the next day, make sure to tune into the show to see it all firsthand.