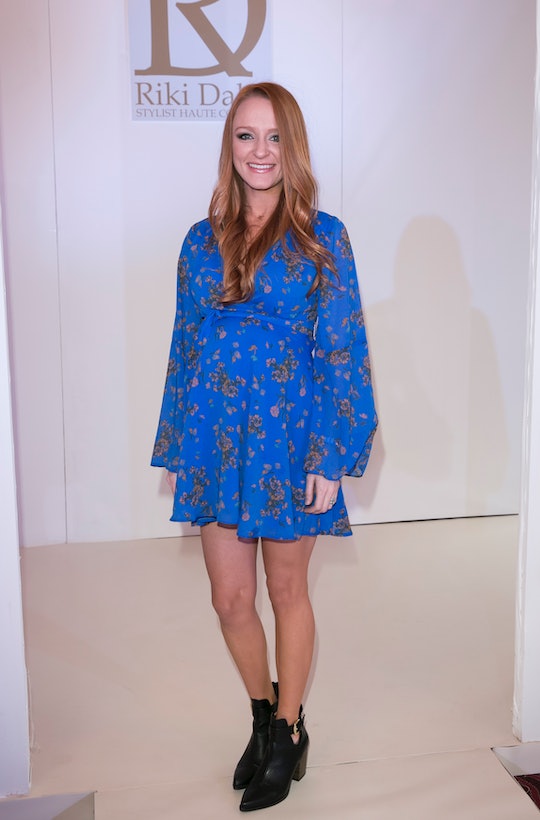 'Teen Mom OG' Is Back For Another Season On MTV

The eighth season of Teen Mom OG (the First of Her Name, Queen of the Network, and Mother of Franchises) starts off on MTV on Jun. 10. The supersized two-hour episode will reintroduce each of the women and show you what they're up to. But if you can't watch live on the day in question, you'll need to know how to stream the Teen Mom OG premiere.

Unfortunately, none of the Teen Mom shows are on that most reliable of streaming services, Hulu. You may have access to MTV with Hulu TV Live, but it depends on what's available to you based on where you live. You can try another streaming service, like Sling TV or Philo; both of them offer MTV, though they do have a monthly charge. If you're a new subscriber, perhaps a free trial can give you a sense of whether or not one of the platforms is for you. Sling TV comes to around $25 to $40 a month (depending on your plan), while Philo is $20 a month.

Your best bet when it comes to streaming Teen Mom OG is MTV itself. Free episodes are available to watch on their website and their app, though it may be complicated by the fact that you need a cable provider to sign in. And it doesn't look like the premiere will be streaming live, either.

Failing that, you can always purchase episodes of the show on Amazon or iTunes, though once again you'll have to wait a day or so. Watching the debut episode of Season 8 live is a little tricky if you're trying to stream, but if you don't mind catching up later, then there are plenty of options. No one will be able to stop you from soaking in all two hours of the Season 8 premiere, even if you have to do so on a delay.

Since the season picks up shortly after the last one, it may answer some important questions left lingering at the end of Season 7. The episode description for "Walking on Eggshells; The Wind Picked Up" states that Catelynn and Tyler will reunite after their 30-day trial separation. Meanwhile, Ryan is out of rehab and looking to meet with Maci. However, in a sneak peek on the MTV website, Maci explains that she's not sure she's ready to see him yet. And in other news, Cheyenne and Cory get into an argument about his new girlfriend spending time with Ryder.

Fans might notice some changes in the cast when the new season starts up. After Farrah Abraham left the show, Cheyenne and Bristol Palin were brought on to round out the cast. Cheyenne is sticking around, but Bristol announced her decision to quit in April of this year. On Instagram, she revealed that the show wasn't a good fit for her. Though she wished the other women the best, she wouldn't be a part of things going forward.

Bristol may be moving on, but you can still keep up with Catelynn, Maci, Amber, and Cheyenne every Monday on MTV.