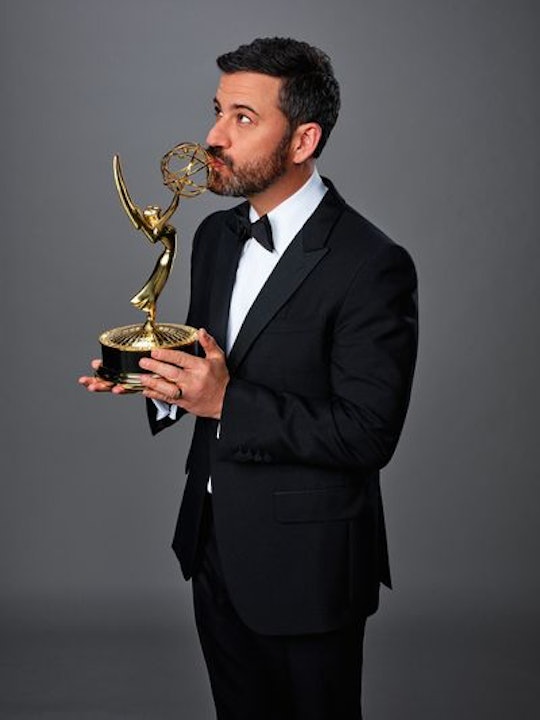 How To Stream The 2016 Emmys, Because You Won't Want To Miss It

The 2016 Emmys are almost here: the shows have been watched, the nominees have been chosen, and now it's just a waiting game to see who goes home with an award. The stars in question are probably busy picking out gowns and tuxes, but some of us are already planning to catch the whole thing in the comfort of jammies while planted on the couch. The award show is airing this Sunday, September 18 on ABC at 8 p.m., but watching live on television might not be an option for everyone. If you're not going to be able to watch the awards on TV, you may be wondering how to stream the 2016 Emmys. There are a few options, but unfortunately the pickings are slim.

The Emmy festivities really start at 5 p.m., when celebrities begin to arrive on the red carpet. ABC will be covering the arrivals during On the Red Carpet at the Emmys before beginning celebrity interviews at 7 p.m. during Countdown to the Emmy Awards: Red Carpet Live. But as soon as the clock hits eight it's business time, and the 68th Primetime Emmy Awards will begin. While all the preemptory stuff is fun (some might be looking forward to the gowns more than the winners), it's really the awards themselves where most of the good stuff happens. Jimmy Kimmel will be hosting, with an impressive group of stars stepping in as presenters. If you don't want to miss it, there are a couple of different ways to tune in.

ABC's website (and the ABC app) will have everything available to stream, from the red carpet arrivals to the awards themselves. The only trouble is that you would need to sign in with your TV provider; those without televisions might find this a difficult thing to sidestep. However, if you plan ahead maybe you can find a way to make it work.

In case streaming directly from ABC doesn't end up working for you, then you can stream the Emmys on Hulu. You would need a Hulu account to do so, but if you don't already have one, don't worry. It won't necessarily cost you anything. You can start a free trial just in time for the Emmys and if you like Hulu enough, you may end up sticking around, too.

Maybe you don't mind not catching every last little detail. If all you want is the highlights of the Emmy Awards – the outfits, the winners, the surprising moments and best speeches – then you can simply follow along on social media. There's bound to be plenty of coverage on Twitter, Instagram, and Tumblr. You may not be watching live as it happens, but you'll get the gist – and it's totally free.

While all of those options do require a little bit of compromise to figure out, hopefully one of them will end up working for you. However, if none of them do, there's a secret fourth option: make friends with someone with a TV. It's always better to watch an award show with a friend on hand for snarky commentary.