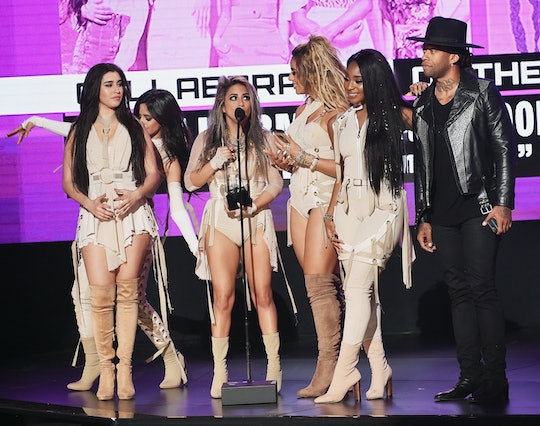 Here's How To Stream The 2017 American Music Awards

One of the biggest nights in music is happening this Sunday. It's the 2017 American Music Awards, and you won't want to miss this star-studded affair. Filled with your favorite celebrities, incredible performances, and usually a talk worthy moment, the AMAs is always fun to watch. That's why you'll probably want to know how to stream the 2017 AMAs, so you don't miss a single moment of all the fun. Thankfully, it's pretty simply to do.

As always, the awards show is airing on ABC, which means you can turn to ABC's live stream to watch the ceremony. However, you will need a cable log-in. If you don't have one (or one you can borrow), you can watch it a week later on ABC's website, but if you don't want to be out the loop for that long you may be able to see the awards show on Hulu. In the past, the streaming site has added the AMAs to its platform the day after the show so it's possible the same thing will happen this year as well.

Otherwise, you can always turn to social media to see the biggest moments from the show. Artists' VEVO pages typically add their performances to YouTube the night of an awards show or the very next day, and the various speeches will definitely be circling around Twitter and Facebook. Therefore, you'll be able to see the highlights whether you live stream the show or not. If you can, though, you should definitely watch the big event live because it's going to be a good one.

Hosted by black-ish star Tracee Ellis Ross, the show will surely be filled with big laughs and some cute family moments, since her mom, the legendary Diana Ross, will be performing and receiving the Lifetime Achievement Award. Christina Aguilera will also be there to perform a moving tribute to the late Whitney Houston. Other performers include Alessia Cara, Kelly Clarkson, Florida Georgia Line, Selena Gomez, Niall Horan, Imagine Dragons, Nick Jonas, Demi Lovato, Lady Gaga, Shawn Mendes, and many more. Popular South Korean pop group BTS will also be taking the stage, marking their first time performing at an American awards show, much to their fans' delight.

The nominees for this year are also impressive. Nominations for Artist of the Year include Bruno Mars, the Chainsmokers, Drake, Kendrick Lamar, and Ed Sheeran. Unsurprisingly, "Despacito" was nominated for Collaboration of the Year, along with "I'm the One" by DJ Khald; both songs feature Justin Bieber. Some of the other nominees include Alessia Cara, Lady Gaga, Rihanna, The Weeknd, Coldplay, and Keith Urban, among many others.

However, this doesn't include any surprises performers or appearances that may happen throughout the night. Many fans are hoping Taylor Swift might drop by now that her new album, Reputation, is out. Swift hasn't been at the awards show since she performed "Blank Space" in 2014, even though she walked away with three awards in 2015. The singer is certainly overdue for a comeback to the AMAs stage, but will she do it? You'll jut have to tune in Sunday to see. Whether or not she drops by, the show will definitely be a big night for the music industry and their fans.

The AMAs is the biggest show that fans can vote in, which is why many love to watch it each year. These are the artists fans got to choose and it's always great to see your faves cross the stage. Hopefully, you got all your votes in as voting is now closed. If not, there's always next year. For now though, you can get excited to watch the American Music Awards, which airs live Sunday night on ABC at 8 p.m. EST. You won't want to miss it!