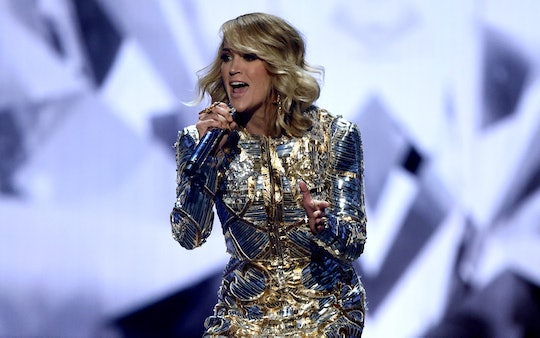 Here's How To Stream The 2017 CMA Awards

The Country Music Awards are finally here, and it's time to see who is the best of the best in country music. The show, which will be hosted by Carrie Underwood and Brad Paisley for the tenth year in a row, airs live tonight at 8 p.m. EST on ABC. But if you don't have a TV, here's how to stream the 2017 CMAs so you don't miss a thing.

Because the award show will be airing on ABC, you can stream it on ABC's website, however, you will need a cable subscription in order to log in. Unfortunately, that seems to be the only way to stream the award show, however, prior to the show's start you can also stream the red carpet. Just like previous years, Taste of Country will be live streaming from the red carpet, beginning at 6 p.m. EST on YouTube.

That being said, if you actually want to watch the award ceremony live, your best bet would probably be to just find a TV to watch it on. And, trust me, this is a show you won't want to miss. The night's performers are incredible and include the likes of Kelsea Ballerini, Garth Brooks, Brothers Osborne, Luke Bryan, Eric Church, Faith Hill, Niall Horan, Alan Jackson, Lady Antebellum, Miranda Lambert, Little Big Town, Reba McEntire, Tim McGraw, Maren Morris, Old Dominion, Jon Pardi, P!NK, Rascal Flatts, and more.

In addition to the performers there are also, of course, the presenters. Making this list this year are Lea Michele, Karlie Kloss, Tyler Perry, Jason Ritter, Brittany Snow, JoAnna Garcia Swisher, and Brett Young, to name a few. That also doesn't include the surprise appearances that may occur during the night. Fans still haven't forgotten when Taylor Swift made a surprise appearance last year to present the Entertainer of the Year award or when Beyoncé performed "Daddy Lessons" with the Dixie Chicks. You never really know what's in store for the big night, and you definitely don't want to hear about it later on social media.

Besides the incredible performers and appearances, the most important part of the show is the awards. Miranda Lambert leads the nominations this year with a total of five nods, including Single and Song of the Year for "Tin Man." She's also once again nominated for Female Vocalist of the Year, a category she won a record-setting six consecutive times between 2010 and 2015. Underwood walked away with the award last year and is also nominated again this year.

Little Big Town and Keith Urban also racked up quite a few nominations, tying with four noms. Little Big Town is nominated for Single of the Year for "Better Man," Album of the Year for The Breaker, Vocal Group of the Year, and Music Video. Urban snagged nominations for Entertainer of the Year, Single and Music Video of the Year for "Blue Ain't Your Color" and Male Vocalist. It'll be interesting to see who wins big tonight and who walks away with the biggest award of the night: Entertainer of the Year. This year the category is all male and besides Urban, includes last year's winner, Garth Brooks, along with Luke Bryan, Eric Church, and Chris Stapleton.

Despite all the excitement surrounding the CMAs, the award show did come under scrutiny this past week, after they shared media guidelines that forbid reporters from asking performers about "the Las Vegas tragedy, gun rights, political affiliations, or topics of the like." However, after Paisley tweeted out against the guidelines, calling them "ridiculous and unfair," the show quickly rescinded the guidelines and issued an apology. Now in the light of the most recent tragedy in Sutherland Springs, Texas, this will certainly be a topic that comes up throughout the evening.