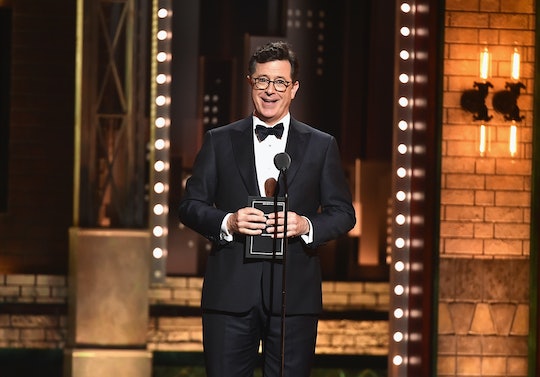 How To Stream The 2017 Emmy Awards

Television’s biggest night is finally here and it’s time to find out who’s the best of the best on the small screen. However, just because you love TV shows doesn’t mean you actually have a TV. So for those of us who prefer to watch our entertainment online, here’s how to stream the 2017 Emmys, so you don't miss out on all the fun. And, I mean, come on — you know this is going to be a really great night.

This year the Emmys will be airing on CBS, which makes it a bit more difficult to stream. Unlike other broadcast networks, you can’t watch CBS live on your computer with a cable subscription. Instead, you’ll need to sign up for the network’s streaming service, CBS All Access. Thankfully, like most streaming sites, you can sign up for a seven day free trial. Just make sure you remember to cancel your subscription before the seven days are up, unless you want to keep it; it is only $5.99 a month after all.

Unfortunately, that's the only way you'll be able to live stream the event. However, you can catch a live stream of the red carpet on E! Online, beginning at 4:30 pm EST. You can also see a glimpse of what's happening behind the scenes by watching the "Emmys Backstage Live!" stream on the Emmys website. While it won't be the same as actually watching the awards ceremony, you'll still get a good look at your favorite stars and nominees.

No matter how you watch, you definitely won't want to miss out on the Emmys this year. Nine-time Emmy-winner Stephen Colbert, who's also nominated again this year, will be hosting and it's bound to be hilarious and filled with poignant jokes about the current administration. And while Game of Thrones isn't in the running this year (I know, it's difficult to imagine, but due to its delayed return it missed the cutoff), HBO has still managed to rack up a lot of nominations for their new sci-fi series Westworld and limited series Big Little Lies, both of which are bound to earn a couple of well deserved statuettes.

People are already placing their bets to see if HBO or Netflix will walk away with the most Emmy wins this year, and it could be a close one. Netflix had a lot of their own breakout hits this year, including the '80s themed sci-fi drama, Strangers Things, and their new period drama, The Crown. Also making big waves this year is NBC's breakout drama, This Is Us. The cry-inducing series is the first broadcast TV drama to get an Emmy nomination in six years, and while critics aren't confident it'll actually win, the fact that it was even nominated is a big deal.

Therefore, you don't want to have to find out later who wins. So make sure to tune into the Emmys on Sunday, Sept. 17 at 8 p.m. EST.