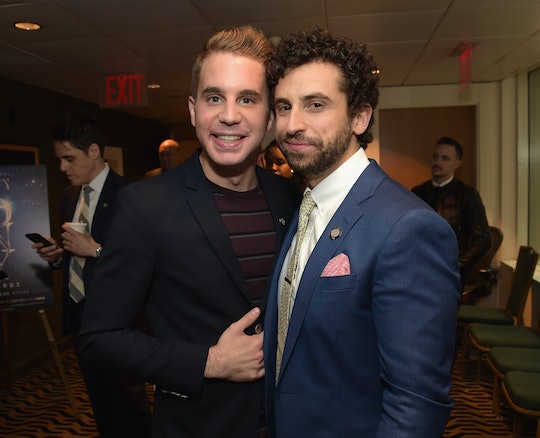 How To Stream The 2017 Tony Awards

Broadway's biggest night is finally here! Whether you actively keep up to date with Broadway shows or just want to see if Dear Evan Hansen makes a full sweep of wins, you'll probably want to know how to stream the 2017 Tony Awards, so you don't miss out on all the fun. Unfortunately, it's not an easy task.

The awards show will air live on Sunday, June 11 at 8 p.m. ET from Radio City Music Hall in New York City on CBS. You can find live streams of the red carpet on TonyAwards.com and Nordstrom.com beginning at 5:30 p.m. ET. That being said, when it comes to the actual show itself, there's only one main way to stream.

Because the Tonys are on CBS, you'll need to have CBS All Access, which requires a monthly subscription fee of $5.99, in order to live stream the show. However, like most subscriptions, there is a seven-day free trial that you can enjoy if you want to watch the show without commitment.

If that doesn't work for you and you have an extra $250 to spare, you can attend the Broadway Cares/Equity Fights AIDS live viewing party at Feinstein's/54 Below in New York City. If neither of those options work, you can also keep up with the show via social media.

The Tony Awards official accounts will be showing behind-the-scenes moments on Facebook, Snapchat, Instagram, and Twitter throughout the show, beginning with live red carpet coverage at 5:30 p.m. ET, according to Entertainment Weekly. However you decide to watch, though, you definitely won't want to miss the Tonys this year. The show will be hosted by Tony award-winner Kevin Spacey and the night will be filled with some of Broadway's biggest stars as well as plenty of well-known celebrities.

Some stars set to attend include the likes of Sara Bareilles, Rachel Bloom, Glenn Close, Cynthia Erivo, Sutton Foster, Whoopi Goldberg, Jonathan Groff, and Christopher Jackson. Lin-Manuel Miranda will also be flying in from London to attend the award show, though don't expect an impromptu Hamilton performance. (But hey, a girl can dream!)

Other big names set to appear are Tina Fey, Orlando Bloom, Stephen Colbert, Anna Kendrick, Josh Gad, Taraji P. Henson, Scarlett Johansson, Keegan-Michael Key, and Olivia Wilde, who's currently starring in 1984. Of course, the nominees will also be in attendance as well. Bette Midler — who's been nominated for her role in Hello, Dolly! — and Ben Platt (who snagged his first Tony nomination for Dear Evan Hansen), will also be presenters at the ceremony.