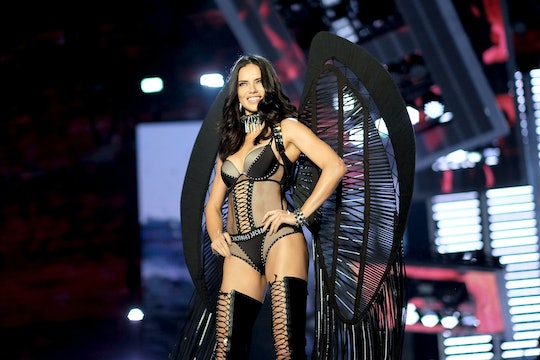 Here's How To Stream The 2017 Victoria's Secret Fashion Show

The show will be airing on CBS on Nov. 28 at 10 p.m. EST and there are a few ways to stream the show, but be warned that it may cost you. The easiest way to watch is by using CBS' streaming platform, CBS All Access. If you don't already have a subscription, no worries. You can sign up for a one-month free trial, just make sure to cancel it before you're charged if you don't plan on continuing to use the service.

Alternatively, if you have Hulu Live or YouTubeTV, you can live stream the show on either one of those platforms. Both sites offer free trials as well, however, if you forget to cancel, you'll be charged $39.99 for Hulu or $35 for YouTubeTV. So use the free trials at your own risk, though who knows? Maybe you'll love it so much you'll want to stick with whichever service you selected.

If you don't really care to watch the whole fashion show anyway, you can also live stream a pre-show hosted by the Angels themselves, which will air on the Victoria's Secret YouTube channel beginning at 9:15 p.m. EST. The program will include interviews with the models and angels, provide a closer look at the outfits, more previews of the runway show, and other behind-the-scenes footage that could be even more entertaining than what will be shown on the air. Besides that, pictures and clips from the annual fashion event are already available all over the Internet, but you can probably see official footage from the show on YouTube after it airs on CBS.

But no matter how you watch, you'll definitely want to check out this year's fashion show. This year the show took place in Shanghai, China, and featured a number of musical performances by Harry Styles, Miguel, and Leslie Odom Jr. And, of course, the show was filled with gorgeous models wearing Victoria's Secret latest fashions, which include the VS x Balmain collection and sandals designed by Brian Atwood to go with the model's costumes, according to Footwear News. Some models you'll probably recognize walking in the show this year include Adriana Lima, Bella Hadid, and Martha Hunt.

Alessandra Ambrosio was also in the show this year, though this was her last show. But based on the photos, she went out with a bang. The model walked the Victoria's Secret runway 17 times over the course of her career and she's always been a force to be reckoned with. Another reason to watch the show is to see popular model and Taylor Swift's bestie, Karlie Kloss, who made her return to the runaway this year after taking a two year break.

There's obviously so much to look forward to during the 2017 Victoria's Secret Fashion Show and it's definitely worth a look. Whether you keep up to date with all the latest fashions or just want to see really pretty people wear outfits they'd never wear in real life, the show is a fun event for all. So don't miss out and make sure to check out the 2017 Victoria's Secret Fashion Show tonight at 10 p.m. EST on CBS.