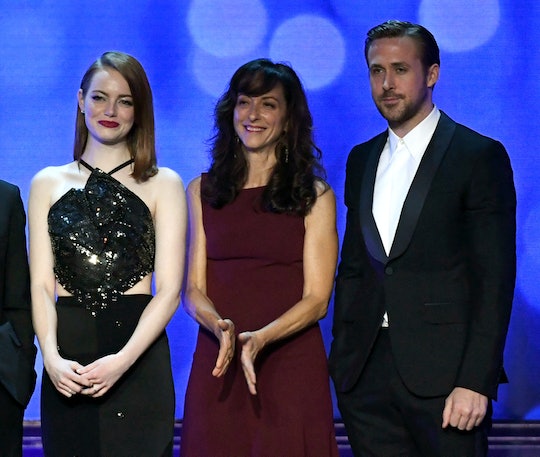 Here's How To Stream The 2018 Critics' Choice Awards

It's officially award season, which means on a regular basis you can expect to see your favorite celebrities winning an award for their work in the entertainment industry. Sunday night was the 2018 Golden Globes and this Thursday, Jan. 11 it's the 2018 Critics' Choice Awards. While it may not be as popular or as well known, this is still one to watch, especially because this year the show will be hosted by Olivia Munn. But for those who don't have a TV, how do you stream the 2018 Critics' Choice Awards?

This year the awards show will air on The CW. Unfortunately, this particular network doesn't offer a live stream to their channel so there's no way to stream the award show this year. Still, just like with other events such as this, you'll most likely be able to find clips of the award winners and their speeches on social media right after they air. However, if you prefer to watch the show live, you will need to be by a TV.

This is Munn's first time hosting the awards show, or any awards show for that matter. Munn did host Attack of the Show in the early 2000s, though, that's something. Either way, I have complete confidence that she's going to do a fantastic job.

The Critics' Choice Awards hasn't taken place since 2016, when the awards show pulled a double duty of sorts and ended up happening twice in the same year. Rather than having the show air in January 2017, it was decided to have it earlier in December 2016, thus kicking off awards season last year. Now the awards show is back to filling a January time slot, though it still comes relatively early in the season immediately following the 2018 Golden Globe Awards.

Amongst the number of reasons to watch the show, Wonder Woman star Gal Gadot will receive the #SeeHer award, which will be presented to her by the film's director Patty Jenkins. The award recognizes a woman who embodies the values of the #SeeHer movement, which includes pushing boundaries on changing stereotypes and accurately portraying women in entertainment. I think we can all agree Gadot and her phenomenal portrayal of the Amazonian superhero did all of that and so much more, making the honor extremely well-deserved. Viola Davis was the first to receive the award at the last Critics' Choice Awards.

The list of presenters for the 2018 Critics' Choice Awards is quite star-studded and includes the likes of Chris Hemsworth, Julianne Hough, Sarah Hyland, Nick Jonas, Joe Keery, Diane Kruger, Justina Machado, Dacre Montgomery, and Kumail Nanjiani. Some other presenters also include Jim Parson, Jay Pharoah, Sebastian Stan, and many, many more.

As for the nominees, the list is filled with an array of great films and TV shows, including The Shape of Water, The Big Sick, Get Out, Lady Bird, Black-ish, GLOW, This Is Us, Stranger Things, Game of Thrones, and more. Guillermo del Toro's The Shape of Water leads the pack with a total of 14 nominations.