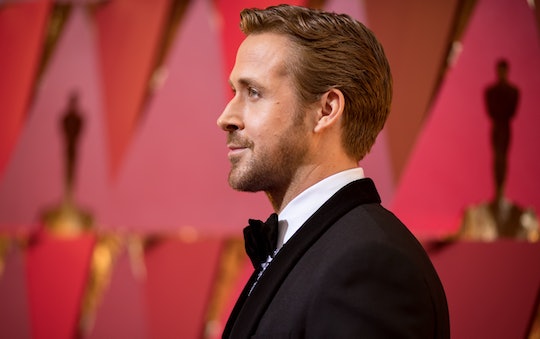 Here's How To Stream The 2018 Oscars, So You Don't Miss Hollywood's Biggest Night

The biggest night in Hollywood is finally upon us and you can be sure everyone will want to watch the Oscars live, especially after last year's major envelope snafu. However, if you don't have a television, you'll need to know how to stream the 2018 Oscars. Don't worry: I've got you covered!

As always, the Oscars will be airing on ABC and thankfully, ABC streams its channel live on its official website, ABC.com as well as the ABC App. However, you will need to log in with a participating TV provider in order to watch. If you don't have a log in you can use, there are a few other options. Sling TV, Hulu Live, YouTube TV, PlayStation Vue, and DirecTV Now, all have live ABC streams. If you're not already subscribed to any of these services, a number of them do offer free trials, so just make sure you remember to cancel the subscription when the Oscars are over, or you will be charged. Though you may end up loving it so much, you decide to keep it!

Alternatively, if you have a regular Hulu subscription you can also find the full Oscar ceremony available on Hulu the very next day. But by then the wrong Best Picture could've already been announced and you would've missed tweeting about it along with every one else. So if you can, definitely watch the show live.

However, there shouldn't be another mix up this year. According to USA Today, the Oscars have ensured that the "envelope ritual" will go off without a hitch this time around. The Academy is incorporating a new procedure that will ensure celebrity presenters confirm they have the right envelope for the category they're presenting. Thus, there should be no Lady Bird/Get Out mix up this year. Hopefully. Still, everyone's eyes will be on the Oscars to see if they get it right.

Besides watching to see if they slip up again, the Oscars will also just be a fun, and possibly historical, one to watch. Greta Gerwig became only the fifth woman to ever be nominated for Best Director for Lady Bird. If she wins, she'll only be the second woman to ever win the award, following Kathryn Bigelow's win in 2010 for The Hurt Locker. Similarly, Jordan Peele is only the fifth black director nominated for the award for Get Out and if he wins he'll be the first black director to win the Academy Award. Guillermo del Toro also received a director nomination for The Shape of Water, and if he wins he'll only be the second Latino director to win in the category, after Alfonso Cuarón won in 2013 for Gravity.

While there is still work that needs to be done, it's clear the Academy's continuing its effort to have more diverse nominees, after the #OscarsSoWhite movement that took place in 2016. Just like last year, this year's nominees are pretty diverse across the board. Daniel Kaluuya (Get Out) and Denzel Washington were both nominated in the Best Actor category. Mary J. Blige (Mudbound) and Octavia Spencer (The Shape of Water) were nominated for Best Supporting Actress. The animated feature film nominees include The Breadwinner, which follows the story a young girl living in Afghanistan, Coco, which celebrates Día de Muertos in Mexico, and Ferdinand, a comedy that follows a bull throughout Spain as he tries to get back to his friend, Nina.

Therefore, there are a number of reasons to tune into the Oscars this year, so don't miss it. The 2018 Oscars airs on Sunday, March 4 at 8 p.m. EST on ABC.