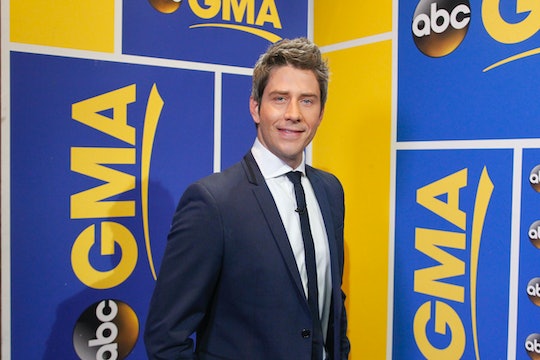 Here's How 'Bachelor' Fans Can Stream The 'Countdown To Arie' Special

The most wonderful holiday present of all might be that The Bachelor comes back in January. Just what we all need for the post-holiday doldrums. This season's Bachelor is Arie Luyendyk Jr. and, luckily, ABC understands that some fans might not actually remember who he is. So you're going to want to take some notes about how to stream The Bachelor: Countdown to Arie special before the season really begins.

The special will air Monday, Dec. 11 on ABC, which means you'll be able to stream it on ABC's apps for Roku and Apple TV, but you need to have a cable authentication. Hulu also has ABC content available the next day, so you should be able to catch it there as well.

If you need more of a refresher than just watching Arie do Bachelor-esque things, you can also stream his season of The Bachelorette with Emily Maynard on ABC.com and the apps. Because it has been a while since he was on the air. But that's what will make this Countdown to Arie special all the more helpful!

According to E!, the special will mainly focus on what Arie's been up to since he's last been on television and what's ahead for him this season. Some of the clips for the special show a romantic trip to Paris and one-on-one dates with his new romantic prospects.

The trailer also hints at getting to meet the new women in Arie's life, though it's unclear if Chris Harrison will be introducing all of the contestants on Monday or just a few. Given the proximity to the next season premiere, it would make sense to just let us meet the women now so we have something to Google over the holiday break, right?

According to ABC's official synopsis, the first episode of the next season will include Arie going to visit his former castmate Sean Lowe and his wife Catherine. Usually, the first episode of a new Bachelor season involves those long introductions and arrivals as the contestants pull up to the mansion. This is a pretty good clue that the Countdown to Arie will actually be revealing all or most of the women ahead of time, since there's no time to waste when it comes to getting started with the dates and rose ceremonies!

Back in 2012, Arie was Maynard's runner-up and even earned himself the nickname "The Kissing Bandit," so there's a lot to catch up on if you're new to Bachelor Nation. He told Good Morning, America after his season was announced:

We've kept in touch over the last few years, but this just fit perfect, the timing of this really fit. I was a little skeptical, just because we've been in talks for a few years about doing it. But I just kind of went in with an open mind and an open heart, and it kind of just hit me right now that I'm here.

With an endorsement like that, it's likely that fans will get to see some old clips from Arie and Emily's season or maybe even a surprise appearance from the former Bachelorette herself to help introduce him to the new contestants.

Both Peter Kraus and Dean Unglert were thought to be the two big frontrunners, but alas, it just wasn't meant to be, at least not for right now. There were rumors that Wells Adams was in the running, too, though now that he's linked to actress Sarah Hyland, I think that worked out for the best. So ABC did the right thing by digging up Arie and giving the Kissing Bandit a second shot.

Whether you remember Arie well or not, this Countdown to Arie ahead of the premiere will absolutely be a good way to get back into Bachelor mode. So if you miss it on Monday, Dec. 11 at 10 p.m. ET, you can always stream it later via the ABC apps.