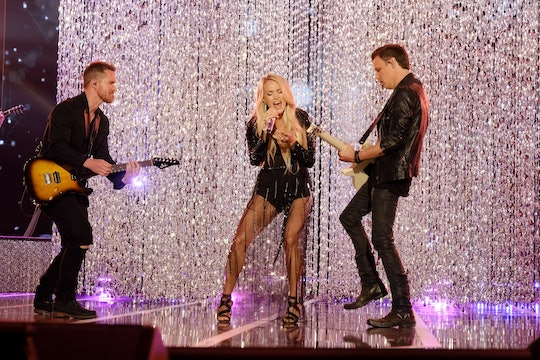 The 2019 Country Music Awards Is Going To Be Lit

The Country Music Awards are back, and this year, fans will be treated to performances from some of the world’s most popular artists. The show, which will be hosted by Little Big Town for a second year in a row, airs live on Wednesday, Jun. 5 at 8 p.m. ET on CMT. But if you’re not watching on cable, here’s how to stream The Country Music Awards so you don’t miss out.

There are two ways to stream the event. If you’re tuning in from a computer, you can head to the CMT website to catch a livestream of the show. And if you are watching the ceremony on a mobile device or tablet, you can download the official CMT app from the Apple App Store for Apple devices, or the Google Play Store for Android. But whether it’s via website or app, you’ll need to login with your cable provider information to access the event.

Along with the amazing performers, you’ll get to see a number of popular celebrities take the stage to present awards. According to CMT, some of the night’s nominees — including Brantley Gilbert, Carly Pearce, Jimmie Allen, Julia Michaels, Lindsay Ell, Maddie & Tae, and Midland — will present, as will country music stars Trisha Yearwood, Hunter Hayes, Cody Alan, Katie Cook, Michael Ray, and Jessie James Decker. A number of Hollywood stars will take the stage as well, including Kate Bosworth, Kiefer Sutherland, Michelle Monaghan, Chris Sullivan, JWoww, and Sarah Hyland.

The 2019 Country Music Awards are going to be lit, but it is a live event, so if you’re planning on streaming, make sure you have your devices ready and logged in before the show begins. With a lineup like this, you won’t want to miss out an a moment of the excitement.