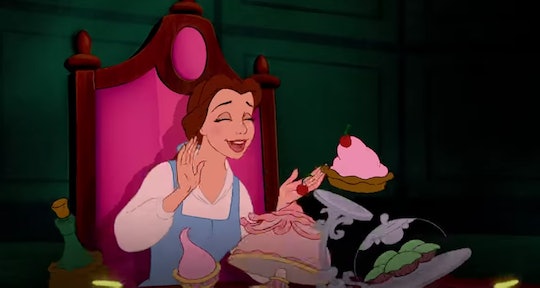 'The Disney Family Singalong' Is Happening Tonight! Here's How To Stream The Special

Starting at 8 p.m, EST on Thursday, April 16, The Disney Family Singalong will bring some of your favorite celebs together to sing some beloved Disney songs from their own homes. The hour-long special, hosted by Ryan Seacrest, will feature several special appearances from stars behind some of your kids' favorite Disney movies, like Auliʻi Cravalho from Moana and Josh Gad from Frozen.

In addition to its television broadcast on ABC, The Disney Family Singalong will also air live on ABC's website and mobile app, but you will need a cable subscription to watch there. If you don't have that, you can also stream it on Hulu Live TV or on YouTube TV, which is currently offering a free trial.

The Disney Family Singalong will begin with a vocal warmup led by Broadway star Kristin Chenoweth. After that, expect to see a singalong concert of epic proportions. During the special, you'll hear 18 different songs from Disney classics like "Be Our Guest" from Beauty and the Beast, "Let It Go" Frozen, "The Bare Necessities" from The Jungle Book, and more.

According to ABC, the special will also feature PSAs to raise awareness for Feeding America, a charity helping America's food banks and "people in the country who are finding themselves in unfamiliar circumstances and facing hunger for the first time due to COVID-19."

So, friends, set a reminder on your phone now for The Disney Family Singalong and get ready to jam out with Olaf, Moana, and more.