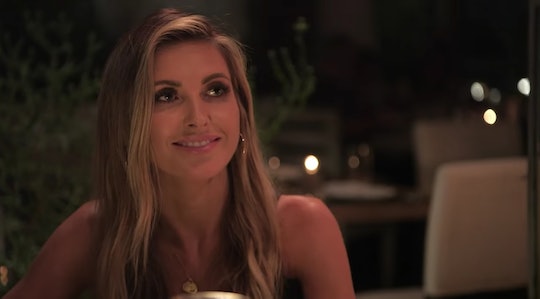 You Won't Want To Miss The Return Of 'The Hills: New Beginnings'

The Hills: New Beginnings revives a reality TV classic with a twist; time has passed and new people have joined the cast, creating a different iteration of the show many fans knew and loved. It premieres on MTV on Jun. 24, but if you can't watch it live or don't have cable, then you'll need to know how to stream The Hills: New Beginnings. There are a few options, though unfortunately you can't find the show on Netflix or Hulu (at least not yet, anyway).

With the two biggest streaming services out, prospective viewers will have to look elsewhere. The most reliable source is MTV itself. The network makes episodes of its shows available on their website after airing, but you will need to sign in with a cable provider so you can watch. If that doesn't work for you, then perhaps you could get lucky with Hulu TV Live; it depends where you live, but MTV is available in some of their packages. Other live TV streaming services may be of value, too: Philo, Sling TV, and DirecTV Now all have MTV. But MTV's website is your best bet, so perhaps you can find a friend who is willing to share their login info.

While the show is technically a reboot, the New Beginnings part of its title feels like a nod to everything that has changed about it. While Spencer Pratt, Heidi Montag, Audrina Patridge, Stephanie Pratt, Brody Jenner, Whitney Port, and Justin Bobby Brescia are all familiar faces whom fans will be seeing again, the entire original cast is not returning. Don't expect to see Lauren Conrad or Kristin Cavallari, because Cosmopolitan reported that they were busy with their own independent projects.

However, the new cast members might help fill the void. Mischa Barton is going to be joining the show in an odd blending of reality and fiction; after years spent starring on The O.C. as Marissa Cooper, Barton making the jump to the show's reality counterpart feels both fitting and strange. That decision caused a little bit of drama with returning cast member Heidi. She told Us Weekly that it was "a little frustrating for me at first." She felt like everyone else had put their "whole lives" into the show, so for Mischa to arrive and "be so reserved" bothered her. Viewers will have to wait and see if Mischa manages to win over Heidi.

Also joining the show is Brandon Thomas Lee, son of Pamela Anderson and Tommy Lee. He's 22-years-old, which makes him younger than the rest of the cast, more at home in the twentysomething struggles of its first airing. Perhaps he's here to bridge the gap from one era to the next, like one of the newbies on Saved by the Bell: The New Class. Deadline reported that details of his involvement were being "kept under wraps."

It's been a decade since The Hills last entertained an audience, but some things haven't changed at all. Now that it's back on MTV, that's still the best place to find it.