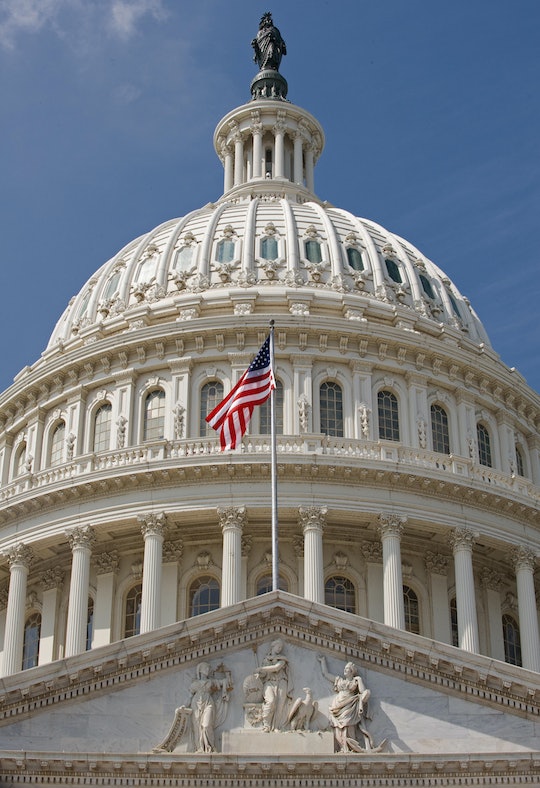 How To Stream Trump's Inauguration

The 2016 election was (one hopes) a once-in-a-lifetime occurrence, one that revolved around pantsuits and p*ssy grabbing, hacked emails and leaked videos, before giving way to the most hotly contested vote in recent memory, and finally, ruining everyone's Thanksgiving. The show's almost over, and for those who can't stop looking at this train wreck, one question remains: how to stream the inauguration online, because the last thing that Trump needs is high TV ratings.

Luckily, there's no shortage of outlets offering free broadcasts of the swearing-in ceremony, the parade, and the two measly musical performances by the only ones who didn't turn Trump down, teen opera singer Jackie Evancho and the Mormon Tabernacle Choir. Digital Trends has reported that YouTube will be streaming the inauguration on a number of channels, including NBC News, CBS News, Telemundo, C-SPAN, Bloomberg Politics, USA Today, and The Washington Post. YouTube's announcement on its blog also promises special 360-degree coverage from some of the outlets, for those who want to strap on a VR headset and scream at Trump from the comfort of their own living rooms (if it feels too real, take it off right away; you wouldn't want to accidentally start smashing your own property).

If that's not enough, CBS News will also be live-streaming the inauguration beginning at 7:00 a.m., although the ceremony doesn't actually begin until 9:30 a.m. Politico is also live-streaming, and PBS NewsHour will be partnering with Twitter to broadcast six hours of coverage from 11:00 a.m. to 5:00 p.m. that will include the swearing-in, the speeches, the parade, and Trump's arrival at the White House.

But back to that 360-degree coverage, because if you're not faint of heart, it's pretty cool. USA Today announced on Friday that it will position VR cameras at the Capitol, the National Mall, and along the parade route "for a fully immersive experience." Those with VR headsets (hope you took advantage of that Samsung Black Friday deal) can access it through the USA Today channel on the YouTube app, and it's also available on plain old YouTube for desktop and mobile, starting at 9:30 a.m. If you don't have a headset, you can purchase a cardboard viewer to use with your phone for less than $10. Or, for the very thrifty and ambitious, Google has instructions on how to build your own using "a few everyday items you can find in your garage, online, or at your local hardware store: cardboard, lenses, magnets, velcro and a rubber band." Sounds intimidating, but probably worth it.