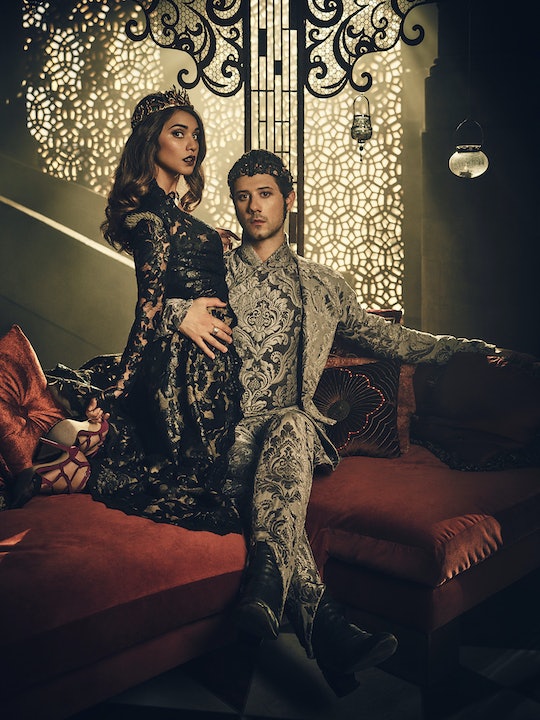 Syfy's latest drama, The Magicians, is returning for it's second season on Wednesday, Jan. 25 and fans can't wait. The show follows a group of magicians who are working to hone their abilities and quickly learn just how dangerous magic can be. While most fans have probably already set their DVRs to record the premiere and have an alarm set so they won't miss a second of the show, for others watching the show on a television screen just may not be in the cards for them. Fear not fellow Magicians fans! Here's how to stream The Magicians Season 2 so you don't have to miss out on all the excitement and magical mayhem.

If you (or a friend) has a cable subscription, you can easily log on to Syfy's website or the Syfy Now app to watch full episodes once the new season begins. It's that simple. You can also find the new episodes on demand, but unfortunately those are the only ways you'll be able to stream the new episodes. Otherwise, you can purchase the episodes from Amazon, Google play, iTunes, or on XBOX. If none of these options work for you, you may just have to wait until the new season makes it way to Netflix, where the first season is currently streaming. Of course, that'll take a bit of time, but at least you'd be able to binge the whole season in one sitting instead of having to wait week to week, right?

If patience isn't a virtue you're accustomed to, though, you can also bide your time by reading the trilogy of books by Lev Grossman, which the series is based on. However, be warned you may be spoiling the rest of the show for yourself. Although book fans are quick to point out the differences between the show and the books, there's still enough similarities that you may find out things you didn't want to know beforehand.

Alternatively, you could just bite the bullet and buy the episodes so you don't fall behind on a thing. Besides, isn't The Magicians worth a season pass? And let's face it, if you wait too long to watch it'll more than likely be spoiled for you anyway. (Further proof that social media is both a blessing and a curse.) So, make sure you have a way to watch the premiere because you definitely won't want to be left out of the loop for this.