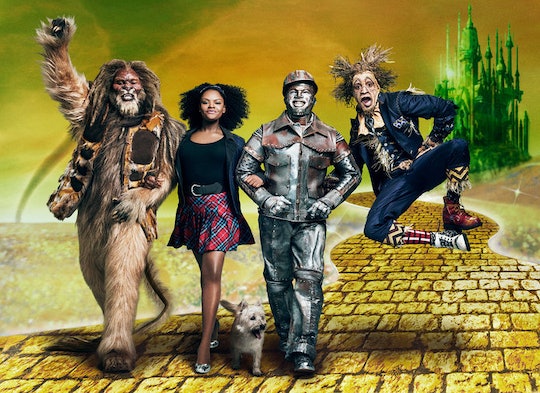 It’s finally here — The Wiz: Live! is happening tonight. It airs on Dec. 3 on NBC at 8 p.m. ET, and if you don’t have a TV, you just need to know how to live stream The Wiz: Live! on NBC.com: via the “Live” tab. The bummer? You’ll need to authenticate with your cable subscription. So if you don’t have one of those either, it’s time to call your parents or a friend with a subscription and convince them to help you follow the yellow brick road.

saThe Wiz: Live! is the latest in NBC’s repertoire of huge live musical events, and they’re usually a hit. Last year the network aired Peter Pan live with Allison Williams, and NBC has also been doing an entire season of Undateable live, every Friday. They got this.

If you can’t log into NBC to watch the show, you can always follow along on Twitter. Watching live TV with the Twitter-verse is one of the greater joys in life (aside from Nutella and good musicals). You’ll be able to follow the action along with #TheWiz hashtag. Just be prepared for a little snark, a lot of memes, and some good jokes.