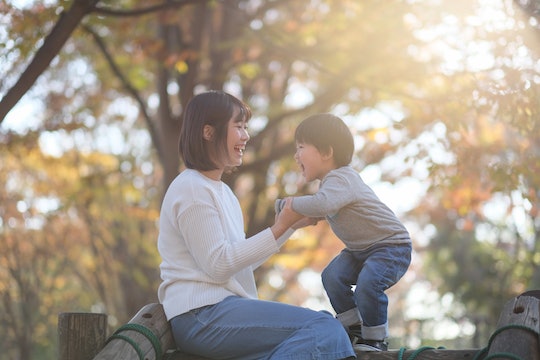 Having to adjust to sharing mom and dad's attention with a new baby is hard for any kid, but it's especially tough if that new baby is admitted into the NICU. It's a stressful situation for everyone, but it's important to look for ways to support a child whose sibling is in the NICU to let them know they're important too. With all the attention on the new baby, the big brother or sister might be feeling pretty left out.

September 29 is Sibling Support Day, which is part of NICU Awareness Month. It's an especially important day, because it recognizes the strength of the older kid(s) who might not entirely understand everything that's going on with their new baby sibling, but can still feel the weight of it in their own way.

When my second baby was admitted to the NICU, my older daughter was shuffled around between school, her own home, and relatives' homes while her dad and I went to visit her sister at the hospital every day. If she was lucky enough to get to visit the baby, she was asked to try to sit still in the dark room so she don't trip over any wires or press buttons on machines. By evening, when she finally got some alone time with her parents, we were exhausted and unable to give her the attention she craved. Whether she was at the hospital or at home, she was constantly being asked to make accommodations for her new sister.

It's a tough situation for a family to manage, and big siblings are just as affected by it as anyone else. It's important to offer them compassion and grace during this time. Here are some things parents and caregivers can do to help support kids with siblings in the NICU.