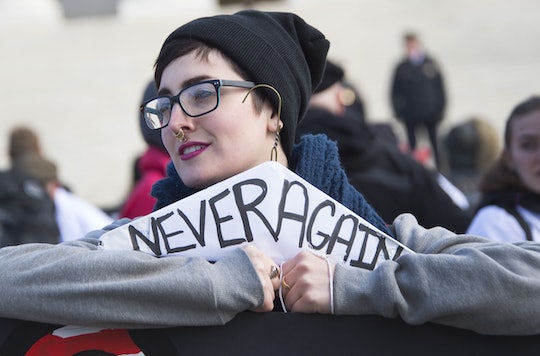 How To Support The Netherlands Abortion Fund

President Donald Trump reinstated the Global Gag Rule on Monday in one of many executive orders he's signed since taking office. Also known as the "Mexico City Policy," this anti-abortion Reagan-era policy prevents the United States from funding an international organization that even mentions abortion as an option for dealing with unplanned or unwanted pregnancies. Despite the reinstatement of this sweeping anti-abortion policy, one country is taking a stand against Trump. The Netherlands has pledged to create an "international abortion fund. Here's how to support the Netherlands international abortion fund, because no woman should have to die from an unsafe abortion anywhere in the world.

Without much needed funding from the United States, international NGOs who focus on women's health cannot continue to do so. In short, the Global Gag Rule kills women — and this is not an exaggeration. It hurts women in some of the poorest nations in the world who need the support of these organizations the most — such as International Planned Parenthood Federation — which often serve as the sole access point to family planning and other reproductive health services in many of these impoverished communities. That's what makes the international abortion fund pledge from the Dutch so monumental and important.

Dutch news organization NOS reported that International Development Minister Lilianne Ploumen has pledged to fill the $600 million funding gap left by the Global Gag Rule, and will work with ministers in Europe and Latin America in a fundraising drive to support the international abortion fund. Right now, it seems the best action those abroad can take to support this would be to contact their government and urge them to contribute to the Dutch abortion fund. But with no further news yet on how the American public can get involved in this international fundraising effort, the best we can do is support some of the organizations directly impacted by the Global Gag Rule.

In 1952, eight international family planning organizations came together to form the International Planned Parenthood Federation. Today, IPPF serves 172 countries, providing 89 million reproductive and sexual health services in 2011 alone. The IPPF has stated it will never sign the Global Gag Rule, effectively ending its ability to receive U.S. funding and aid to its organization.

Marie Stopes International is a registered charity founded in 1976 in the United Kingdom. It currently operates in 37 countries around the globe, providing contraception and abortion services. Without aid from the United States — one of its largest sources of funding — or alternative funding, the impact to its work will be profound. Marie Stopes International estimates that 2.1 million unsafe abortions as a result of the Global Gag Rule will result in 21,700 maternal deaths, just during Trump's first term alone.

Known in the United States as Doctors Without Borders, Medécines Sans Frontières is an international nongovernmental organization that provides critical emergency health services in some of the world's most dangerous and conflict-plagued countries. It also provides an array of women's health services, including abortion. MSF has also provided urgent medical care for more than 118,000 victims of sexual violence.

Reproductive rights are human rights, and these three international organizations are helping to extend care to the women who need it the most in the world. With the Global Gag Rule back in play, women's lives are at risk — and they need our dollars now more than ever.