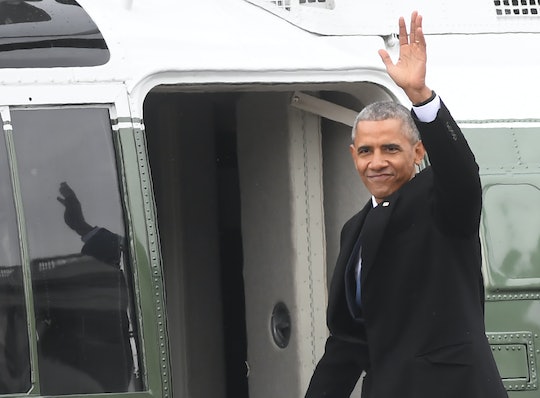 Supporting The Obama Foundation Is Easy

With President Donald Trump now residing in the White House, there is no denying that the Obamas will be missed. Former president Barack Obama and his wife, Michelle, have graced the lives of Americans for the past eight years. But luckily, the former president and Michelle are not not going away forever. Those who supported the former president in previous elections can now support him even further out of office — by knowing how to support to the Obama Foundation — in more ways than one.

The Obamas are far from over from changing lives — and by contributing to the Obama Foundation, Obama supporters can continue to help them change lives. Shortly after Tump took the oath of office, the website for the Obama Foundation was made live. In the foundation's opening video, the Obamas detail what they will do once they become private citizens — go on a vacation and catch up on sleep. But then the former president and former first lady explain the purpose for setting up the Obama Foundation — to establish a center for the people in Chicago and "develop the next generation of citizens." The former president continues:

The center will be based on the South Side of Chicago, but we will have projects all over the city, the country, and the world. More than a library or a museum, it will be a living, working center for citizenship. It's why we want to hear from you. Tell us what you want this project to be and tell us whats on your mind.

The Obamas are calling for help and ideas from everyone — because their new center will be for everyone. So how can you donate — your ideas or money — to help this center get started and further the legacy of the Obama family?

This is all detailed on the Obama Foundation's website. The Obamas are asking supporters to send stories and photos of "their ideas, hopes, and dreams," all of which can be done on the website. Those looking to give just a monetary donation instead can do so here — which will help conceptualize this foundation that the Obamas talk about. By contributing money and ideas, this will allow the Obama Foundation to "create non-profit programs" first in Chicago, then across the nation, and the world. By contributing ideas or money, it will not only help the foundation create these non-profits but also establish the home for the foundation — the Obama Presidential Center — which will archive materials from the Obama administration and encourage people to get involved in their communities.

No one wants to see the Obamas go — and they have said that they're not going anywhere. While the Obamas might not be in the White House, their ideas and dreams for the future — as well as their legacy — will continue to live on, well into Trump's presidency and beyond. Supporting the Obama foundation or contributing ideas to the foundation is just another way of keeping the Obama's legacy alive.