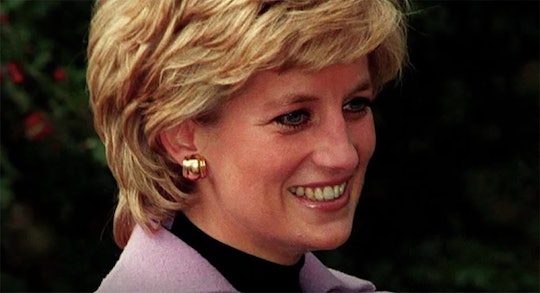 With recent photos surfacing of Prince Harry walking in his mother's footsteps, touring the same land mines she once did in Angola, South Africa, interest in Princess Diana's philanthropic work is once again at an all-time high. None of which is surprising, since Prince Harry and Prince William's mom had an uncanny knack for connecting with the public and what mattered to them. This is one reason why the Princess Diana Foundation was established after her death in 1997, giving supporters the opportunity to continue her legacy. As for how you can support the Princess Diana Foundation (aka The Diana, Princess of Wales Memorial Fund), it's pretty easy to give back in her memory.

A foundation in Princess Diana's memory was first established in September 1997, in an effort to "cope with requests from people seeking to send money" in light of her passing, according to The New York Times. At the time, contributions were coming in at a rate of $260,000 a day, the NYT reported. And people were eager to support the six charities she was a patron of at the time, which included, according to the BBC:

The fund, which was described as a "resolute and influential champion of disadvantaged people on the margins of society" lasted for 14 years before closing at the end of 2012, according to the Daily Mail. The reasoning being it had accomplished its mission of donating more than $100 million to charitable causes. But that doesn't mean the foundation closed altogether, as Prince William and Kate Middleton's Royal Foundation explains.

"As an unincorporated trust, the Fund, as a matter of law, cannot altogether cease to exist when it closes its doors. As part of the preparations for the Fund’s planned closure, the Directors of the Fund have been very keen to ensure that if any money is donated to the Fund after its operations have ceased, this money is not lost to charity and instead continues to make a positive difference to people’s lives," the website explains.

Prince William, Middleton, and Prince Harry co-managed the trust, but it's unclear what happened when Meghan Markle entered the picture or when the couple split from The Royal Foundation. Because as the U.K.'s Daily Express newspaper reported, the foursome decided to create their own royal charitable foundations in order to focus on individual philanthropic missions.

Furthermore, you can support Princess Diana's legacy by being kind to others and learning more about the causes she supported during her life. And while only time will tell regarding how her mission gets incorporated into the new royal foundations, I'm positive the world will never forget her philanthropic efforts.

More Like This
Princess Charlotte Got So Excited To Shake A Royal Fan's Hand
13 Going on 30 Is Just As Sweet & Funny As You Remember — And Kids Will Love It Too
'Clueless' Is, Like, Totally Still A Good Teen Movie In 2022
Megan Fox Explains Why She Asked Machine Gun Kelly If He Was Breastfed As A Baby