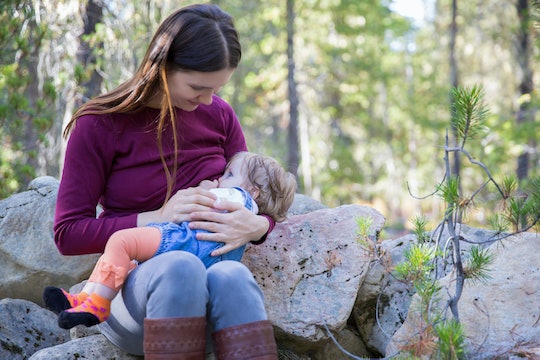 If you thought breastfeeding in general came with its own set of stigmas (which it undoubtably does,) just wait till you mention that you're nursing a toddler. Or better yet, try nursing them in public. Extended breastfeeding, of EBF, is still widely frowned upon by the general public, even though the benefits of extended breastfeeding are clearly established.

At the end of the day, it's really no ones business how long you breastfeed your child — it's simply up to the two of you. Instead of worrying about how you'll be accepted, focus on how you're benefitting your child, and use these tips to help you survive the frustrating moments that will be laced in between the beautiful ones.