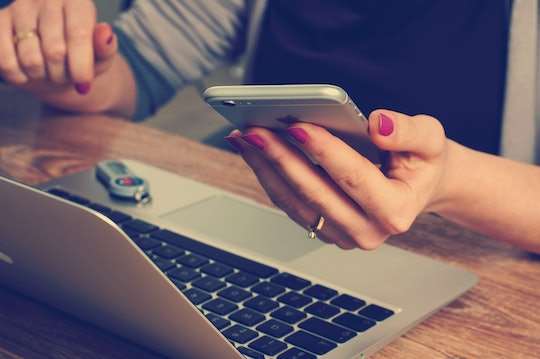 How To Talk To Your Kids About Equal Pay Day

Even though it's been 97 years since the 19th Amendment afforded women the right to vote, equality for women is still an uphill battle. From professional sports to politics, there are examples of gender inequality at every turn. As a parent, you have the important job of helping the next generation understand the issue of equal pay and inspiring them to work towards change. If you are looking for a way to start the conversation, you should know how to talk to your kids about Equal Pay Day and the wage gap.

April 4 is Equal Pay Day, which was started by the National Committee on Pay Equity in 1996 to show support for working women and shine a spotlight on the gender wage gap, according to USA Today. On its website, the committee noted that it selected a Tuesday in April to represent how far into the next week a woman would need to work to earn the same amount a man earned the week before. As USA Today pointed out, women make up nearly half of the workforce, yet in 2015, they only made 80 cents for every dollar earned by men.

Though this stuff sounds like a grown-up problem, it's important to have at least a basic age-appropriate conversation with your kids about what all of this means and how the wage gap could impact them as they get older. As Noodle.com pointed out, research has shown that children need to be made aware of gender inequality so that they know it is wrong and work against it.

Reading books that defy traditional gender stereotypes and making sure that household responsibilities are evenly distributed, are just some of the ways you can get your kids thinking about why pay equity is so important. And hopefully by the time they enter the workforce, there will be no need for Equal Pay Day.