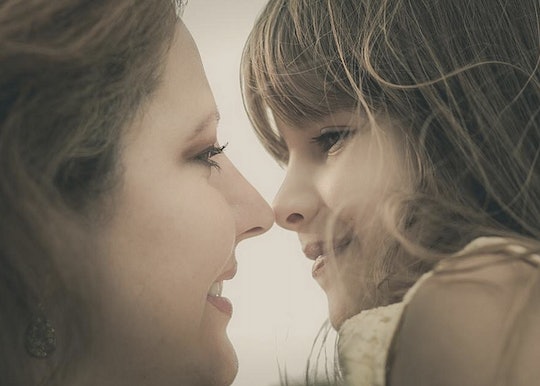 How To Talk To Your Kids About Sex, At Every Age

You'll have to endure a lot of awkward discussions as a parent, and knowing how to talk to your kids about sex is a handy tool to have when the time comes. Research suggests that teens who had "the talk" with their parents make safer decisions about their sexuality later in life, according to Planned Parenthood. It's kind of ironic that just as you get totally comfortable in your own sexuality, now you're responsible for educating another human on the "birds and the bees." Can you believe I just used that lame euphemism just there? You see, talking to others about sex can have that effect. You might get uncomfortable, after all sex is one fun activity that doesn't require (that much) chit-chat.

According to the Centers for Disease Control and Prevention, 44 percent of female teenagers and 47 percent of male teenagers between the ages of 15 and 19 are sexually active. STDs continue to affect teens as young as 13. And what about the emotional safety of kids as they come into their sexuality? As a new mom, these years seem eons away. But it's the work you put in now to talk to your kid about sex that builds the foundation for "the talk" that comes later in life. If you start early, talking about sex will feel more natural. But what do you say?