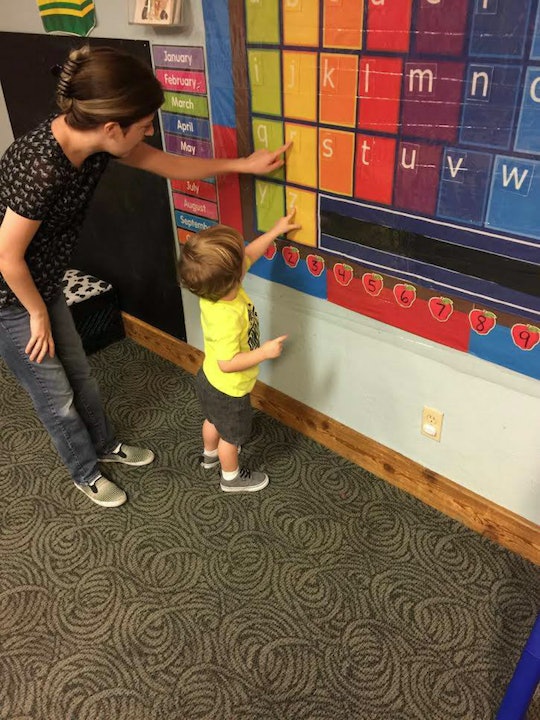 How To Teach Your Son About Male Privilege

When my son was born, the thrill of new life and a rush of hormones had me feeling more optimistic about the future than ever before. After the buzz wore off and reality set in, I was left wondering how exactly I was going to make sure my child would be a part of that better future I had envisioned. As he has gotten older — and infinitely more curious about the world around him — our communication has grown, too. Still lacking in parental confidence, I Googled "how to teach your son about male privilege," and asked friends and and family about the topic more times than I can count. It may be uncomfortable, but it's a topic that truly can't be ignored in this day and age.

As psychology professor Dr. Michael Karson told Psychology Today, "the greatest psychological privilege is not having to think about things." Since my white son is, as of now, a heterosexual male, it would be easy to avoid the topic of privilege all together since the world he lives in was practically designed for him. But then I would be doing a disservice to society. So how do I explain male privilege to my son?

According to the BBC News website, a school in Australia has taken the approach of presenting the concept to their students in terms of representation. The outlet reported that school's official stance is:

Being born a male, you have advantages — such as being overly represented in the public sphere — and this will be true whether you personally approve or think you are entitled to this privilege.

Simply by turning on the television, browsing books in the library, or picking out a film to watch, you can make your son more self-aware by pointing out how the average male is portrayed. In contrast, you can also note the lack or stereotypical depiction of females, people of color, members of the LGBT community, or anyone who doesn't fit in the typical, binary category.

But once your son is old enough to comprehend more complex concepts, the discussion has to go deeper than simply acknowledging this privilege. As investigative journalist and television news reporter Steven I. Weiss noted in the The Los Angeles Times, "confronting misogyny around them will make our boys not just individuals who do no harm, but agents of change." Giving your son the courage and conviction to call out behavior that others might brush off as "locker room talk" is an integral part of teaching them about male privilege. As my grandmother used to tell me, "you can't spell education without action." She taught her nine children and 15 grandchildren that learning about social issues and putting that knowledge to use went hand in hand. By teaching my son about male privilege, I'm hopeful that he will be a living example of her philosophy.