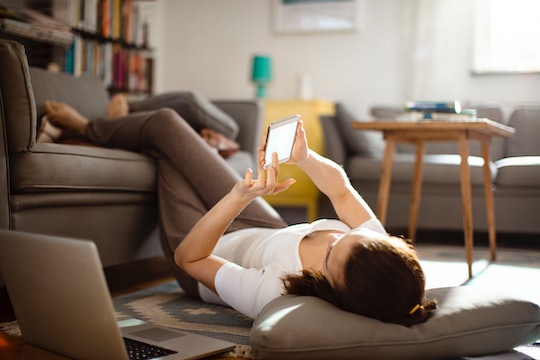 Can You Tell If Someone Took A Screenshot Of Your Instagram Story?

The social media world is constantly evolving and users aren’t always on board with the various alterations their favorite apps are making. The fact is, you can’t please everyone, and such was the case when it came to notifying users when their Instagram Stories, content that was supposed to be available only temporarily, was captured. Nowadays, you might be wondering if there’s still a way to tell if someone took a screenshot of your Instagram story, which of course means that other people would be able to tell if you took a screenshot of their story.

The short answer is, no, a user cannot currently tell if someone took a screenshot of their Instagram Story, but it makes sense that you might think so, and that’s because once upon a time, you could. A couple years ago, Instagram started disclosing to certain users if their Stories were screenshot by others. (Prior to this, Instagram users only received a notification when a photo was taken of a private, direct message, not a screenshot of a Story, per a Scary Mommy article.) When the feature first rolled out, specific accounts were notified about the change in the app. They of course took it upon themselves to share the update to the public, and many people had opinions about it. TechCrunch reported that Instagram was possibly testing the change among a subset of users to see if it had "any noticeable impact on engagement," before the company decided whether they wanted to roll the feature out to all their users.

Nevertheless, the change was never as obvious or disruptive as it sounded. With this update, users who were part of the test group actually had to manually click through a few options to see who actually took a screenshot of their Story, if any. They would have to go into the specific Story, expand the list of viewers, and look for the specific icon (a new camera shutter logo) next to the username. The user behind the posted Story didn’t actually receive a push notification if and when someone took a screenshot of their content. So, say, if you had a lot of followers and were posting a lot of saveable photos and clips on your Stories, you wouldn’t be inundated with constant alerts telling you a screenshot was captured.

Frankly, people weren’t totally thrilled with this change. "Who wants this?" Madison Malone Kircher asked in her piece about the Instagram story change on The Cut. And Twitter was a hotbed of anxiety and negativity about the tweak when it first came to light. On the other hand, it’s also not difficult to see why some users would actually appreciate this functionality as well — who doesn’t want to keep tabs on their personal content?

After users started to spread the news, an Instagram spokesperson said in a statement to Business Insider, "We are always testing ways to improve the experience on Instagram and make it easier to share any moment with the people who matter to you."

It seems like a lot of users were not comfortable that they were being exposed whenever they tried to save someone else’s content to their camera roll. Of course this raises an ethical question as well — should you really be taking a screenshot of someone else’s story? A piece of content that is intended to be available temporarily? Either way, it was all a little too much for most people, if the reactions on social media were any indication.

And this isn't the only change on a popular social media app that had users up in arms. Snapchat at about the same time rolled out a redesign of its app, and people hated it so much that there was at least one petition with more than 590,000 signatures days later demanding the company remove the update, according to CNN Money.

Ashley Vasquez, a 21-year-old Snapchat user, told CNN "I might start using Instagram Stories now" because of the change.

So for those who never cared about whether or not their content was being captured, this temporary offering didn’t affect them at all. And if you decide to have any type of social media presence online, you pretty much need to take into consideration that no matter what platform you’re using, people have the capability of saving your content to their own devices, whether you’re using Facebook, Instagram, Tiktok, etc., so you should always be mindful about what you’re posting, even if your account is private.

And for those who are taking the occasional screenshot of someone else’s Story because you were inspired by something they posted or said, you don’t have to be concerned about them finding out. And if you were, perhaps now is a good time to ask yourself if you should be taking that screenshot in the first place.

Of course the possibility that Instagram would reintroduce this functionality (or something similar) in the future is never out of the question, so don’t get too comfortable, because these social media apps will always keep you on your toes.