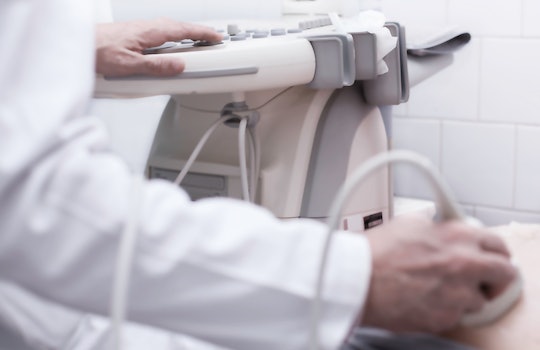 How To Tell If You Have A Tipped Uterus

When you hear the phrase "tipped uterus" you might picture some debilitating condition that means your lady parts are all out of whack. Fortunately, that couldn't be further from the truth. Having a tipped uterus is actually a common condition that, in many, doesn't impact a woman at all. But sometimes there are some unpleasant side effects that come along with it, so if you've been wondering how to tell if you have a tipped uterus, there are some tell tale signs you'll come across.

The APA also noted that uterus can become tipped in several different ways. It can be caused by stretching of the ligaments that support the uterus when you give birth, or by scarring from conditions like endometriosis or pelvic inflammatory disease (PID). Sometimes, the uterus just never moves into the vertical position as a girl grows older.

You might start to suspect you have a tipped uterus if you experience pain during sex, according to Healthy Women. Fortunately, testing out different positions may help alleviate any discomfort. Additionally, Women's Health noted that having troubling using tampons, issues with urination, and feeling back pain during menstruation can be a sign of a tilted uterus. The only way to know for sure, however, is to have your doctor do a pelvic exam.

If you're thinking of having a baby, you might be wondering how a tipped uterus could effect your plans. Luckily, your chances of conceiving shouldn't really change, according to Baby Center— though if your tipped uterus is caused by something like endometriosis or PID, those conditions may lower your odds.

If you're pregnant already, there's still not much need to worry. What To Expect noted that over the course of pregnancy, your uterus will likely move into the correct position as your baby grows. That being said, it's always best to talk to a doctor if you're worried about having this condition or how having it can affect your future health.