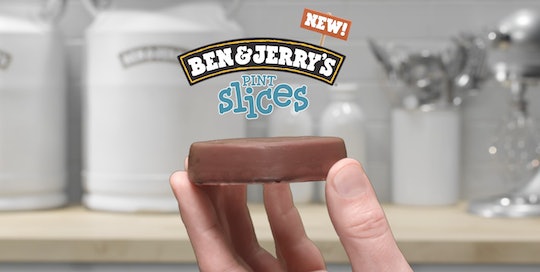 Why Were These Ben & Jerry's Ice Cream Bars Recalled?

Ben & Jerry's just experienced a flavor switcheroo in one of its retail products that would be no big deal for some, but a potentially more serious threat to others. So, on Monday, the beloved ice cream maker voluntarily recalled a limited number of its Chocolate Fudge Brownie Pint Slices products from retail stores nationwide. That's because some of those boxes actually contained the Vanilla Peanut Butter Cup flavor — bad news for chocolate fudge brownie lovers with a peanut allergy. And if you or a member of your family is allergic to peanuts, you'll definitely want to know how to tell if your Ben & Jerry's ice cream bars were recalled.

Here's the good news: Just taking a quick look at the package and its contents before digging in will tell you everything you need to know. The Pint Slices product is individually wrapped and, in this case, comes in packs of three. So, even though the outer packaging of the recalled boxes indicate to consumers that that's the flavor inside, the wrapper on each mistakenly placed bar announces that it's of the Vanilla Peanut Butter Cup variety. Simply double check the wrapper to avoid an allergic reaction, and you should be good to go.

The paperboard boxes contain 9 fL oz (266 mL) and three individually wrapped ice cream slices. For an even more surefire approach, here's exactly how to identify the recalled boxes, according to NJ.com:

According to a statement on the Ben & Jerry's website, one consumer complaint triggered the recall, on which the company is working with the Food & Drug Administration (FDA). No illnesses associated with the snafu have been reported, and Ben & Jerry's said that it opted to do the recall "out of an abundance of caution." It was a smart move, as not warning people and getting the product off store shelves could have been dangerous. "Persons who have an allergy or severe sensitivity to peanuts run the risk of a serious or life-threatening allergic reaction if they consume the product," the statement reads.

(Reached for comment on the recall, a Ben & Jerry's spokesperson told Romper that the statement contains all the information the company wishes to communicate to consumers.)

And to those with a peanut allergy out there, never fear! If you did buy one of the affected packages, hang on to the outer box and call 877-270-7397. The line is operational 24/7, according to the FDA, and it's where you can get all the info about the recall and request a replacement coupon. Because one recall is definitely no reason to go completely without ice cream!