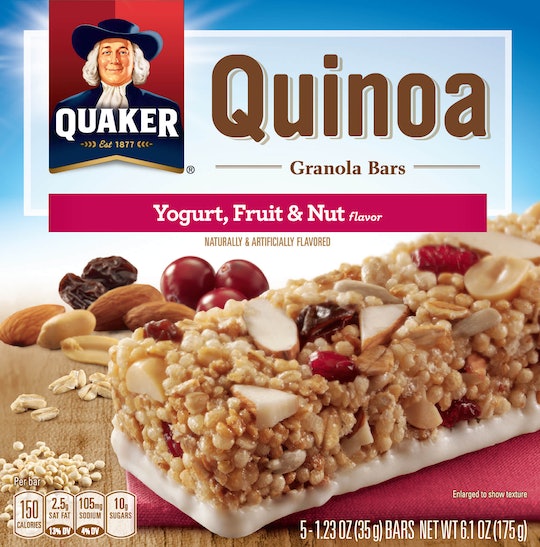 Quaker Oats has issued a voluntary recall of its Quaker Oats Quinoa Granola Bars following the discovery that one of its suppliers provided sunflower seeds for the bars that are believed to be contaminated with listeria, a food borne illness which can be devastating for pregnant women, young children, the elderly and those with immune deficiencies. If you happen to have a box in the pantry, here's how to tell if your Quaker Oats Granola Bars have been recalled.

Another day, another expansion of the listeria recall that has been ongoing for a few weeks now. The Quaker recall, according to CNN, is part of a May 3 recall issued for sunflower seeds from SunOpta, which distributed seeds potentially contaminated with listeria all across the country to be included as an ingredient in salads and trail mixes.

There is a bit of good news: most of the potentially contaminated bars never reached the grocery store shelves, and there haven't been any reports of anyone getting sick from the bars yet — the company only issued the recall in an abundance of caution.

Any consumers with a box of granola bars fitting either of those descriptions are urged to throw them away immediately or return them to the store where they were purchased for a full refund. Quaker is also offering a helpline number, staffed during business hours to handle questions. You can reach Quaker Oats at 800-856-5781.

The Centers For Disease control report that about 1,600 people a year become ill from listeria and, of those cases, about 260 will be fatal. Listeria is particularly difficult to get rid of for food producers, since, according to the CDC's Division of Foodborne, Waterborne and Environmental Diseases, listeria can live in spots like drains and pipes for years.