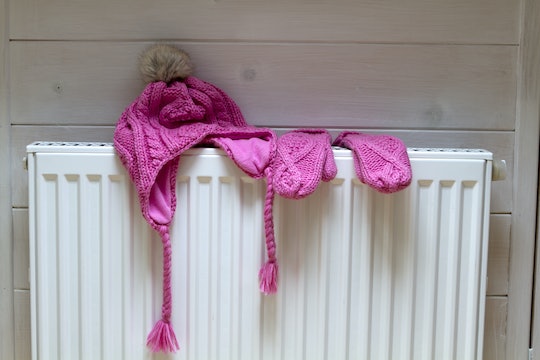 For many years, I enjoyed the luxe heat of a steam radiator. If you've ever been lucky enough to live in a home with one of these heating systems, you'll know just how hard it is to give it up. The heat they provide is soothing and not drying like forced air. Alas, many people fear for their use due to safety concerns over burning and steam explosions. Thankfully, those are exceedingly rare, but it's better to be safe then sorry. If you have steam heat, here's how to tell if your radiator is safe and in good condition.

Last winter, two little girls were killed in New York City when the radiator in the room in which they were residing released a significant amount of pressurized steam, fatally injuring the children. The New York Times quoted Mayor Bill DeBlasio, saying that this was an "unprecedented" incident, and not at all indicative of the safety of the tens of thousands of radiators in the city. However, it was enough to spur calls to HVACs all over to determine if a family's system was safe. The only method to truly determining the safety of a radiator — regardless of the fact that they are typically very safe and not generally a cause for worry — is to have it inspected by a licensed HVAC technician.

Yes, employing the use of a specialist repair professional is costly, but they can tell you better than anyone whether or not your radiator is safe and in good working condition. Apart from that, there are things that you can do as a renter or homeowner to assist between inspections and help maintain your radiator.

First, the biggest danger with a steam or hot water radiator is not actually from the steam itself, but from the heated iron radiator. The unit itself, while beautiful, gets extremely hot and can burn skin. From personal experience, I can tell you, it's an unpleasant sensation when you're burned by your radiator. Thankfully, there are beautiful, custom radiator covers available that won't cost a fortune and work really well to prevent burns. Also, the pipes leading to your radiator should be insulated as well, according to Heating Help. Not only will that protect against burned ankles and hands, it also goes a long way in preserving heat and energy.

Secondly, check the valve periodically. According to American Vintage Home, your radiator is either on or it's off — there is no halfway. If it's not fully on or fully closed, it might clack or clang more than necessary.

Next, gauge the level of humidity in the room. According to reports, the family who tragically lost their baby girls told city inspectors that their room had turned into a steam bath. A faulty valve and connection is likely what led to the injuries inflicted on those two girls, and a steamy room is an indicator of a valve that needs replacing, noted Standard Heating.

I know it's tempting with all the knobs and whatnot, but don't attempt to adjust the pressure of the boiler. That's a job for professionals, according to New York City's 311 services. While it's by no means a delicate system, rigged to blow with a bit of fumbling, it still needs to be attended by someone educated in the matter. It's the same thing with the air vent. Again, it's tempting to untwist it and set it upside down on the vent — I know, because I've stupidly done that — but it only provides a short burst of heat, and it will eventually break the device entirely, according to Brick Underground.

The bottom line is this: have it checked regularly, by someone who knows what they're doing, and don't screw with it. Keep it covered and it will provide you with the most comfortable heat available.