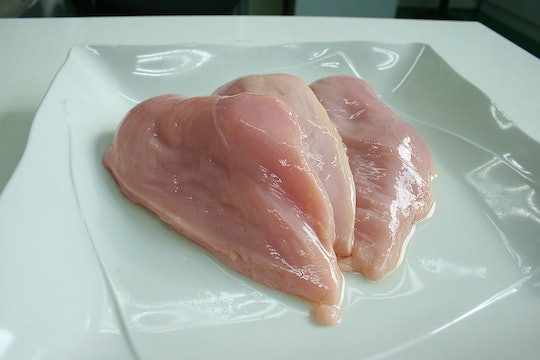 Food safety is of utmost importance to our company and the foodservice customers we serve. We initiated this recall voluntarily after one of our food service customers noted that the product looked under cooked. We regret the inconvenience to our customers and are working closely with USDA Food Safety and Inspection Service officials to ensure that the recall is implemented promptly. In addition, we are reviewing our processes and taking precautionary measures to ensure that this minimizes the chances of ever happening again.

According to the U.S. Department of Agriculture, National Steak and Poultry issued the recall of 1,976, 089 pounds of pre-cooked chicken out of concern it was undercooked. This recall is an expansion of an earlier recall from November, when a food service customer complained their chicken looked undercooked on Nov. 14, the agency said. The initial recall included 17,439 pounds of he chicken, but concerns about additional undercooked chicken sparked this wider recall announced on Dec. 4, the USDA reported.

The good news is that no one has reported becoming sick from eating the recalled chicken, The USDA said.

The core of National Steak and Poultry, according to the company's web site, is providing meat and poultry for national restaurant chains. But once a month, on the second Saturday, the company opens its doors in Owasso, Oklahoma, to sell directly to the public. So unless you bought chicken in Owasso off the back dock at NSP, you probably don't have any potentially contaminated chicken at home. But just in case, or if you work in the food service industry, here's how to spot the recalled chicken, according to the USDA.

First are the 5-pound bags of "Fully Cooked, Diced, Grilled Boneless Chicken Breast Meat with Rib Meat," which are packed two bags per case and labeled “Distributed by National Steak and Poultry, Owasso, OK." They have a lot code 100416, and case code: 70020, according to the USDA.

But undercooked meats can also carry listeria, which is particularly dangerous for pregnant women. According to the American Pregnancy Association, listeria can cause premature delivery, infection of the fetus, and in more than 20 percent of cases, stillbirth.

Making this recall especially dangerous is that, because the chicken is pre-cooked, many would just assumed it's safe to eat without worrying about how hot it gets.

"If I'm told that I don't need to cook it, then I'm less likely to cook it to 165 degrees Fahrenheit (chicken's safe cooking temperature), because it's marketed to me as you don’t actually have to," Chapman told Live Science. "If it looks like it's ready to eat, I'm likely not going to handle it, as a consumer, as stringently, as I would a non-ready to eat meat product."

If you have any of the recalled chicken, throw it away and ask for a refund. It might also be worth asking your local fast-food joint if they've checked their chicken too, if you're concerned. At the very least, it might be a good idea to take another look at that drive-thru chicken sandwich before you wolf it down.