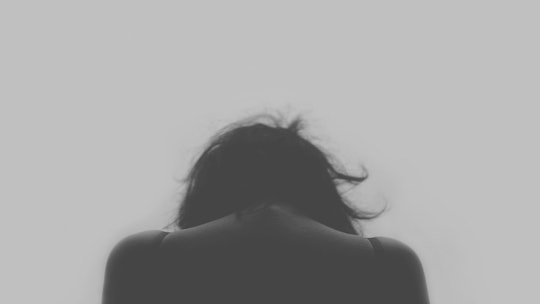 How To Tell You're In An Emotionally Abusive Relationship

Oftentimes, people in emotionally abusive relationships don't recognize their situation as abuse because they're not being physically attacked. Many people believe that if there aren't physical signs of abuse, then it's not really abuse. But the pain and trauma from emotional abuse are just as real as those from physical abuse. The scars aren't visible, however. Rather they are hidden under the skin and deep in the psyche of survivors. That's why knowing how to tell you're in an emotionally abusive relationship is important.

According to the National Coalition Against Domestic Violence (NCADV), emotional abuse or psychological abuse is using "verbal abuse, acts, threats of acts or coercive tactics." My own experience with domestic violence and emotional abuse is sadly not uncommon. A high school boyfriend threatened and manipulated me for several years. Through his manipulation tactics, I began questioning my reality. I was made to feel like his rage and anger were my fault, as if I was doing something to "provoke" him. I was made to feel like I was overreacting and exaggerating. He suggested if I acted a certain way, it would stop. It didn't.

Eventually, I let go of the perfect image of how we were when we first met. It was never going to be that way again. I knew if I let things continue, I would be putting myself in more danger than I already had. Only now do I see how much damage was already done to my entire psyche. The after-shocks, trauma, and scars from that type of emotional abuse doesn't leave you. There were so many red flags that I missed when I started to feel uneasy in the relationship. Things I refused to see out of denial, and things I couldn't see because I was scared.

Now that I've had time and space from the trauma, it's really important to me to help educate people on what emotional abuse is and what it looks like. Here are some ways you can tell if you're in an emotionally abusive relationship.

More Like This
43 Instagram Captions For National Brother’s Day That Say It All
Say What's In Your Heart With These Stepmother's Day Quotes
Stepmom Quotes & Sayings For Every Occasion
Should You Be Giving Your Toddler Melatonin To Help Them Sleep?