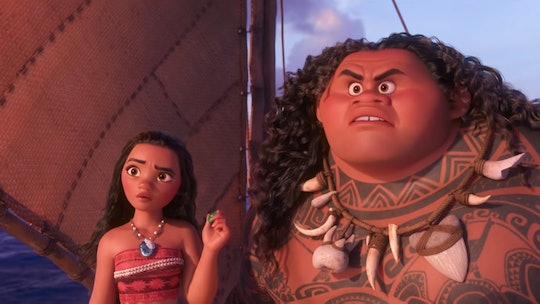 In a matter of weeks, a brand new and hotly anticipated streaming service from Disney will officially be a reality. But, of course, to watch all of the content it's expected to carry, you'll need to pay for a subscription. However, before you commit to yet another bill (and streaming service), you can actually try Disney+ for free once it launches next month on Nov. 12 and see if it's a good fit for your family.

Sure, there's no real way to go wrong with Disney, and the company's streaming service, Disney+, might just be what you (and your kiddos) have been looking for in terms of entertainment. After all, within the first year, Disney+ will have more than 7,000-plus episodes of TV series and over 400 movies on its platform, according to Digital Trends, so there's lot to choose from.

Of course, if you're not sure if it'll be the right fit for you and your family, you can simply test it out. Indeed, to see if you'll really get enough use out of it, as Business Insider pointed out, all you have to do is sign up for Disney+'s free seven-day trial. And after those seven days, you can decide to either cancel or keep your subscription.

You do need to provide credit card details to secure the free trial, so be sure to set a reminder on your calendar so you know when you'll be charged. And of course, you can always cancel whenever you wish if you do sign up for longer than the trial period.

Now, if you do decide you and your family like the new streaming service, a monthly Disney+ subscription costs $6.99, while a yearly subscription costs $69.99. Additionally, there is also a package offer, in which you can subscribe to Disney+, ESPN+, and Hulu altogether for $12.99 per month, which seems like a pretty excellent deal.

Once it launches on Nov. 12, Disney+ will be releasing original content — similar to how Netflix does — though next to Hallmark, Disney was truly the pioneer of made-for-TV movies for kids and teens, so that's exciting on its own. Additionally, the streaming service will include a library of movies and shows within the company's portfolio. That means Pixar, Star Wars, and Marvel will all be included as well.

Though you can likely anticipate the classics being on there, according to CNET, recent blockbusters like Captain Marvel and Avengers: Endgame will be available come Dec. 11, while shows like Star Wars: The Rise of Skywalker, Frozen 2, The Lion King, and Toy Story 4 will be available upon release as well. As far as new releases go, the service will have the Star Wars spinoff show The Mandalorian, three new live-action Marvel shows, and a Lizzie McGuire revival starring Hilary Duff.

It's clear that there's a lot to get excited about, but if you're still a little nervous to dive all the way in immediately, there are other options. Sign up for a free trial, and see if it works. If so, you might have just gotten access to your favorite streaming service of all time, and if not, just remember to unsubscribe.