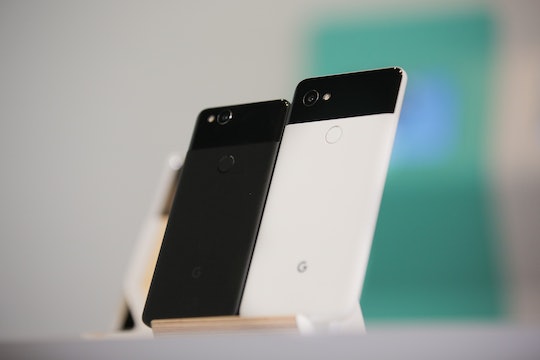 Last month, it was revealed that Apple added a new safety tool to iOS 11 that would make it quicker to dial 911 on your iPhone. The feature, known as Emergency SOS, gives iPhone users the option of getting emergency help without having to unlock their device. But, because people run the risk of activating Emergency SOS mistakenly, Apple added a fail-safe alert tool known as "countdown sound." Worried an accidental 911 call may happen to you? Then continue reading to learn how to turn on the Emergency SOS countdown sound on your iPhone.

According to Business Insider, to activate the countdown sound, you would go to your iPhone's Settings app, and select "Emergency SOS." You will be taken to the SOS's set-up page, where you would toggle "Countdown Sound" to on, after turning on the "Auto Call" feature. The countdown sound will play a warning sound when Emergency SOS is counting down to contact police, Business Insider reported.

How do you get to Emergency SOS once it's activated in the Settings app? According to the New York Daily News, on the swipe screen, you will find the option to turn off your phone, call your emergency contact, or dial Emergency SOS, which automatically defaults to 911 in the United States. You also have the option of notifying certain contacts that you need help when using Emergency SOS. Those contacts, though, would have to be added through the iPhone's Health app, New York Daily News reported.

The countdown sound is both necessary and risky. If I have an iPhone, I would turn on the feature because my toddler son loves to play with my device. Ten-to-one, he would accidentally call for emergency services when he button-mashes on my phone. So having that warning sound blasting would give me the opportunity to avert an unnecessary visit from police.

That's my privilege, though. I am not in situation where a countdown sound would actually put me in even more danger than I may be already — if at all. But for millions of people in the United States, the countdown sound could mean the difference between life and death.

Although, on the surface, that seems drastic, but using discretion to dial 911 is vital for people who are trying to escape a dangerous domestic violence situation. On average, one in three women and one in four men have been the victims of domestic violence, according to the National Center Against Domestic Violence. More so, one in four women and one in seven men have been the victims of severe intimate partner violence. If a domestic violence survivor needs to call the police, a countdown sound would not only alert their abuser, but may escalate the assault.

Take in this sobering statistic: According to the Atlantic, statistics from U.S. Centers for Disease Control and Prevention more than half of the women killed between 2003 and 2014 died because of intimate partner violence. The murderer was a former or current partner in 93 percent of those cases. About one-third of those homicides happened after an argument between the couple, the Atlantic reported. Black women accounted for the majority of victims.

Still, Emergency SOS is a good safety tool to have. Another one? Do Not Disturb While Driving. According to the Daily News, Apple also updated iOS 11 with a tool that would prevent people from receiving calls, messages, and other alerts while on the road. I highly recommend people turn that tool on.