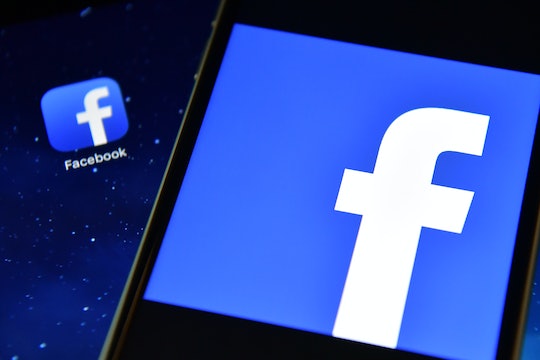 How To Use Facebook’s New GIF Maker Tool

In the never ending social media wars, when one platform gets a new feature, you can bet that at least one other platform will roll out its own new feature to keep users engaged. The latest new social media feature comes from the social media behemoth itself: Facebook. At this point, it seems like there are barely any new features the platform could introduce, but Facebook has found one, and it's a biggie: making your own GIFs. Here's how to use Facebook's new GIF Maker tool.

Even though it feels like GIFs have been around forever — the GIF celebrated its 30 birthday in June — the animated images are still relatively novel to the platform. Facebook started supporting GIFs for posts in mid-2015 and it wasn't until last month that users could add GIFs to Facebook comments. Of course, as with so many new feature rollouts from Facebook, the GIF Maker isn't yet available to every Facebook user. Not only do you have to be one of the chosen lucky few to have access to this feature, it's only available on iOS devices — for now.

A spokesperson for Facebook told Romper in an email that the company can confirm the GIF Maker is a feature being tested with a "small number" of people on iOS, and it is "roll this out more widely in a few weeks," but didn't provide an exact date.

Instead of endlessly searching for the perfect GIF to animate your thoughts, you can now finally create your very own, not unlike Instagram's nifty Boomerang app that lets you make super short backwards-forwards looping GIFs. To be honest, it's surprising Facebook hasn't enabled users to make their own GIFs sooner, given that Facebook owns Instagram. Once Instagram introduced Boomerang in 2015 — a few months after Facebook began supporting GIF functionality — it's not like they didn't have the technology. But perhaps Facebook wanted to see how GIFs would do on its platform first before putting GIF creator tools in the hands of its users, as Instagrammers explored Boomerang.

Making GIFs only takes a jiffy — because GIF is pronounced with a J sound, people — with Facebook.

Now if you are one of the lucky ducks to have it, accessing the Facebook GIF Maker is super simple. First, fire up Facebook and click on the green Photo option under your Update field. From there, select the Take Photo option by clicking the gray camera icon in the upper left corner. Once your iOS device opens your camera, simply swipe left and voila — you'll have the option to create a short, looping GIF. You'll know you have the feature if, upon swiping left, you see toggles for Normal and GIF along the black bar at the top of your screen. From there, you can also add effects and frames to whip up a GIF in no time.

Again, no word yet on if or when it's coming to the Facebook masses, but for now, the prospect is definitely exciting.