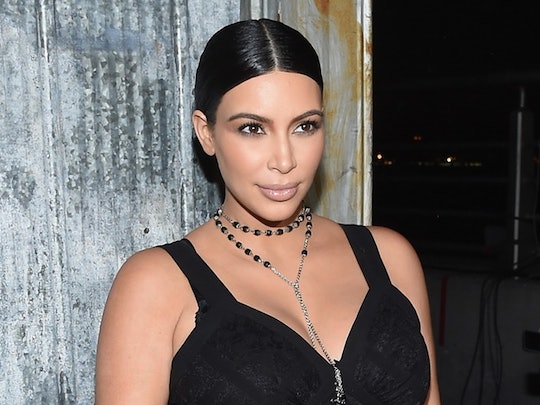 How To Use Kimoji, Kim Kardashian’s New Emoticon App, Because You Need This

The one thing your iPhone conversations lack is more emoji, of course, so to fill this dire need, Kim Kardashian has launched Kimoji, an app that provides exclusively Kim Kardashian-centric and Kim Kardashian-inspired emoji. But how does one use Kimoji, which came to us all Monday from the 31-year-old businesswoman and reality television star who is no stranger to the world of apps? (Just last year, she released Kim Kardashian: Hollywood, a gaming app that has attracted 30 million users who navigate a fictional Hollywood world as if they're tagging along with Kardashian herself.) It's a question all obsessive texters need answered, now that we have Kimoji at out fingertips.

After all, this is the first time that we've had the opportunity to express our emotions via a tiny image of a large, thong-clad butt. Or, for that matter, via an image of large breasts censored by a thick black rectangle. Thanks to Kardashian's Instagram account, we already have an exclusive sneak peak of the emojis available via Kimoji. Indeed, we can partly thank Instagram itself for the existence of Kimoji, because, according to the International Business Times, Kardashian created the app to celebrate having reached 55 million followers on Instagram.

Looking at Kardashian's post introducing Kimoji, I can't help but ponder the many types of emotions that I was previously unable to express via emoticon.