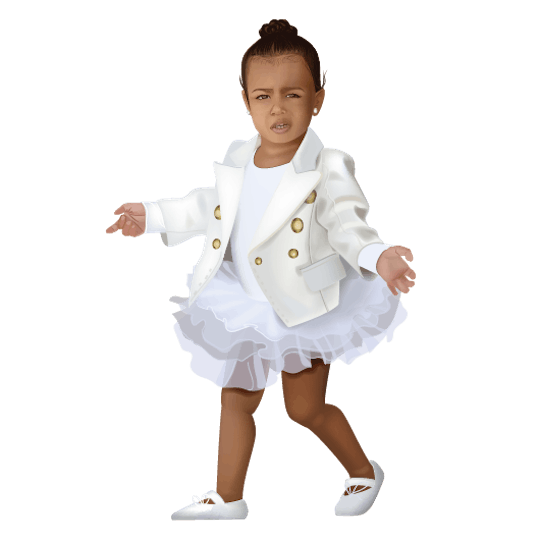 How To Use The Kimoji Summer Pack, Because North Is Worth The Extra Dollar

Drop everything but your phone, because you have more important things to do right now: Kimoji, the most essential app of our time, has released some brand new content, and it can be yours for the low, low, price of 99 cents (plus the $1.99 to download the app itself, but obviously you already have that, right?). There are plenty of new emojis to choose from, but for those who are new to the game, I'll break down how to use the Kimoji summer pack by focusing on the most important ones. Spoiler alert, they're all North.

Yes, there are other new emojis besides North. There's an iPhone wedged in Kim's butt, which is very useful. There's Kanye laughing, which is weird, because we're so used to seeing him scowl. We have Kylie with aqua hair, some new speech bubbles, and some truly bizarre GIFs of Kim that look nothing like her. I'm not here for any of that. There are only seven emojis that really matter in the summer pack; the ones that depict a very rich baby North who was pissing off Anna Wintour before she was even out of diapers. North is all you need, and here's how to use the emojis of her.