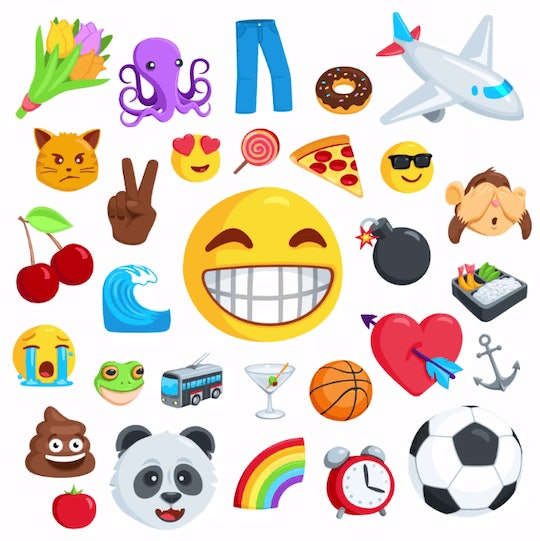 Redheads, female police officers, and pedestrians of all skin tones, rejoice! Facebook has begun to roll out more than 1,500 new Facebook Messenger emojis to add a whole new inclusive dimension of emotion to your digital chat experience with friends. The addition of new emojis seems to be one of those rare instances where Facebook users aren't up in arms over the new change, but a lot of them aren't sure where or how to find all the new emoji options. But fret not: Here's how to use the new Facebook emojis no matter what kind of device you're using to access Facebook Messenger.

More Like This
If Your Kid Can’t Get Enough Dinosaurs, They’ll Love These 20 Shows
Meghan Markle's "Raising The Future" T-Shirt Has A Cute Connection To Archie
15 Of JAY-Z’s Best Quotes On Parenting
5 Sweet Gifts Meghan Markle & Prince Harry Have Given Each Other Over The Years

First of all, can we take a second to talk about how freaking awesome these new emojis are? In an announcement posted to its Facebook Messenger page on Wednesday, Facebook said it saw a need to roll out 1,500-plus new emojis since those currently out there aren't "living up to the gender and skin tone diversity that we see in our world everyday." With a wider variety of gender-agnostic designs as well as gender-inclusive designs, Facebook has taken a powerful "non-verbal" stance through the emoji medium found in 10 percent of all mobile sends, according to Facebook.

Facebook hasn't said anything official as to why some users still don't yet have access beyond "The new emojis will be globally available starting June 2nd" and that "these new emojis will be available on web, iOS and Android" in two different comments replying to user complaints. To be fair, there are 1.09 billion daily active users as of March 2016, so it's no surprise that perhaps not every one of us has gotten the new emoji picker just yet.