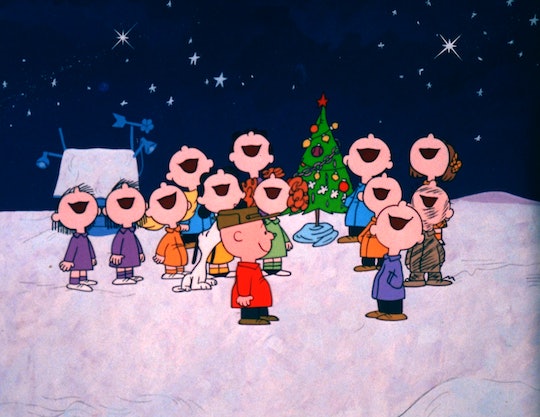 Why 'A Charlie Brown Christmas' Is A Must-See Holiday Classic

To get you in the Christmas mood, ABC will be airing A Charlie Brown Christmas on Thursday, Nov. 30 at 8 p.m. EST. Along with the special, there will also be a new set of animated Peanuts vignettes that were previously published as strips, thereby allowing viewers to get a full hour of fun with the Peanuts gang.

If you can't tune in for this particular viewing this week or simply want to watch it a little closer to Christmas Day, there are a few other ways to watch this iconic special. You can purchase the DVD movie from Amazon for just $7.88, so you and your family can watch it as many times as you want. If you want to watch the special instantly, though, you can also purchase it from Amazon video for $6.99 or from iTunes for $12.99. It's worth noting that the iTunes version is a bit more expensive, but it also includes It's Christmastime Again, Charlie Brown and It's Flashbeagle, Charlie Brown.

While the Christmas ones will definitely get you in the holiday spirit, Flashbeagle is just for fun and comes in the form of a musical, which includes the Peanuts gang making parodies of the early 1980s breakdancing craze, as seen in Flashdance and Footloose, for example. Also, if you don't want to pay to watch A Charlie Brown Christmas, you can actually find the whole half hour special on YouTube.

If you've never seen A Charlie Brown Christmas, here's the main gist: the Peanuts gang prepares a holiday pageant but Charlie Brown finds himself lacking Christmas spirit. Instead, he's irritated by how commercialized Christmas has become. However, once his good friend Linus tells him about the true meaning of Christmas, Charlie Brown is able to find joy in the holiday season again.

The special first aired in 1965 on CBS and you may be surprised to know that it almost didn't make it on the air. According to TVGuide, CBS executives didn't like A Charlie Brown Christmas when they first watched it, but because the special already had a sponsor, they put it on the air anyway. Of course, it then became a hit and now, over 50 years later, it still draws in viewers each and every year. It even went on to win a Emmy for Outstanding Children's Program and a Peabody Award in 1966. The soundtrack was also Grammy nominated in 1978 and inducted into the Grammy Hall of Fame in 2007 as well as the Library of Congress's National Recording Registry five years later.

If you've seen A Charlie Brown Christmas, it's easy to understand why it's stood the test of time. But if you've never seen it before, now's the perfect time to give it a try. Trust me, you won't regret it.