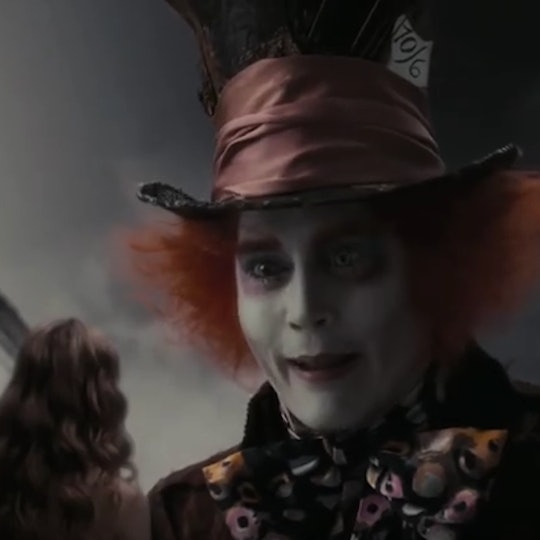 How To Watch 'Alice in Wonderland' From 2010, Because The Sequel Is Almost Here

The long-awaited sequel to 2010's Alice In Wonderland is almost here, but since it's been six whole years since director Tim Burton's first Alice offering, you might just want to re-watch the original before going to see the sequel, Alice Through The Looking Glass. The Disney film based on Lewis Carroll's classic Alice's Adventures In Wonderland starred Johnny Depp, Helena Bonham Carter, Anne Hathaway, and Mia Wasikowska, and was a huge hit at the box office when it debuted, grossing over $1 billion in ticket sales, and becoming Burton's most successful film to date. While Burton won't be back at the helm for the sequel, (director James Bobin has taken over that role), Alice Through The Looking Glass will surely be poised to try and repeat the success of the first film. Will it be as good? Watching them both is the only way to know for sure, so here's how to watch Alice in Wonderland from 2010 before the sequel comes out.

Alice In Wonderland explored the well-known story from the perspective of a 19-year-old Alice (played by Wasikowska) after she returns down the rabbit hole she first discovered as a child. Unsurprisingly, the film carries Burton's signature whimsical style, and has an impressive cast to move it along (can Johnny Depp ever do wrong? I think not). The good news if you'd like to watch it again now (or perhaps for the first time), is that enough time has passed that it's widely available (hooray), although not on Netflix (boo).

Wondering what you can expect from the sequel once you've had a chance to enjoy the original? In an interview with Marie Claire, Wasikowska said that being able to play a grown-up Alice meant that her character could be stronger, and more self-aware:

[Alice] comes from a very empowered place, with a strong sense of who she is and is very self-assured. Even though expectations of her are very low in the real world, she kind of holds onto the fact that she is worth a lot more and she should be doing something she really loves.

But Alice isn't the only empowering aspect of the sequel, according to Wasikowska — the film's message as a whole is empowering too. She explained that the film tries to communicate to viewers that,

You shouldn't try to fix it or fixate on things that have happened. But just the best way to relate to time in the present day is to accept what happened and to move on in freedom.

Alice Through The Looking Glass will be released in theaters May 27, 2016.