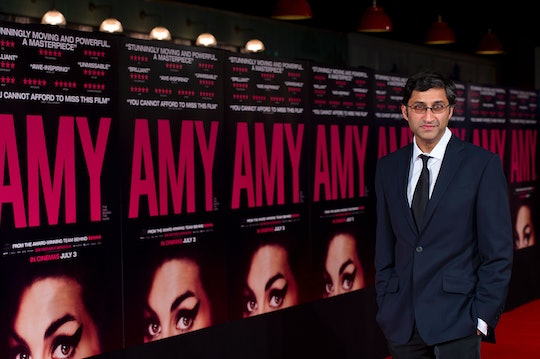 How To Watch 'Amy', One Of This Year's Most Moving Oscar-Nominated Documentaries

Amy Winehouse was nothing short of a legend. Whether you loved her music or hated it, there was no denying that the 27-year-old musician left a big hole in the world that was hard to fill when she passed in 2011. Now, with the Academy Awards rapidly approaching, Winehouse's star might be rising again, thanks to an eponymous documentary of the late-singer's life. Luckily for fans and curious viewers alike, figuring out how to watch Amy might be a lot easier than you'd think.

Most of this year's Oscar-nominated documentaries can be easily streamed online, a fact that's further changing the way the glamorous award ceremony is embedding itself into the general public's eye. Previously, most foreign films or documentary shorts and features were difficult to come by, most of them limited in audience to their respective locales and venues. Now, largely due to services like Netflix, Hulu, Amazon Prime, and Google Play, viewers can tune into the productions from the comfort of their homes without having to search out indie theaters or scour the internet for DVD-copies of each flick.

In Amy's case, viewers can catch the award-winning documentary through Amazon, Google Play, iTunes and Vudu, most which only require a subscription login, or, in iTunes' case, a $5.99 rental fee. (You can also purchase and download the movie there for $14.99.)

The documentary is a must-see, if for no other reason than the controversy surrounding its release. An assemblage of raw videos from Winehouse's family, friends, and colleagues, and hours of interview footage taken by various outlets and individuals over the years, Amy was met with a wary eye when the idea for the film was first introduced to Winehouse's parents a few years back.

"[After seeing director Asif Kapadia's other work], I thought: this is brilliant. So we thought we were in safe hands," Mitch Winehouse told The Guardian in May last year, adding the Winehouse family was not not happy with the final product when the film debuted months later. (Mitch specifically cited the fact that he felt the film had "portray[ed him] in the worst possible light.")

In response, the paper reported that Kapadia and the rest of the documentary crew had released a statement saying the film was the sum of countless hours of open-minded work. "When we were approached to make the film, we came on board with the full backing of the Winehouse family and we approached the project with total objectivity," they wrote. "The story that the film tells is a reflection of our findings from these interviews [with Amy's family and friends]."

Despite the controversy surrounding its release, the movie went on to garner troves of positive accolades from big name outlets like The New York Times (which called the film "an intensely intimate experience") to Variety (which dubbed Amy a "profoundly felt film).

Perhaps Rolling Stone put it best. In a July 2015 review, Peter Travers wrote that the film had successfully laid out the singer's life story without "editorializing", adding,

That last section of the movie, with Amy wasted by alcohol, drugs and eating disorders, is a gruesome horrorshow. But you don't turn away, because the film has made Amy so touchingly, recognizably human. It’s her words, her music, her voicemails, her home videos, her friends, her family, her tormentors, and her timeless incandescence.

For obvious reasons, whether you tune in today, tomorrow, or six months from now, make sure you do — Amy will still be as dazzling then as she always was.