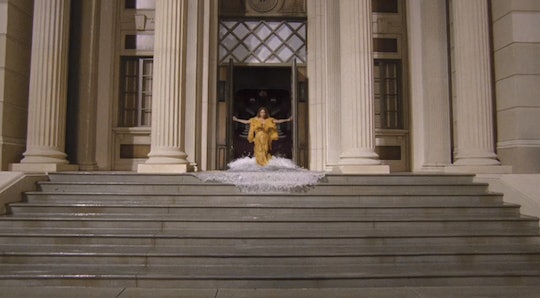 How To Watch Beyonce's 'Lemonade' Without HBO, Because You Deserve To See It Again

If you still haven’t seen Beyoncé’s HBO special Lemonade and your FOMO has really started to settle in during those office water cooler chats, don’t panic because there are options to catch up even if you don’t have a fancy HBO package. Beyoncé effectively stopped everyone in their paths on Saturday night with the premier of her new visual album, and if you’re a part of the exclusive HBO club you know why. If you haven't committed to that club yet, no need to worry: Here’s how to watch Beyoncé’s Lemonade without HBO.

Fans' first option, if they were without cable but had plenty of Wifi to go around, was to actually take HBO up on its free 30-day trial for any streaming device. But now that Lemonade is no longer streaming on HBO at all, that option is out the window.

Lemonade was exclusively sold for 24 hours on music streaming site Tidal, of which Beyoncé owns a large stake with her husband Jay Z. So, if you already have a subscription with Tidal, you can stream all 12 songs and the visual album endlessly. If you haven’t gotten around to that yet, don’t worry because they too offer a free 30-day trial. But if you’d like to download the album, you’ll have to pay for it. The New York Times reported on Sunday in addition to streaming Lemonade, Tidal would be selling a version for download for $17.99.

If you haven’t caved to Tidal just yet, another option is to dust off those iTunes gift cards you got last Christmas and buy Lemonade on iTunes — all 12 tracks including the hour long visual album HBO premiered — also for $17.99.

Lemonade is also available for digital download on Amazon with the option to pre-order the physical album, which is set to be released on May 6.

To get the full Lemonade experience, you’ll have to put some money down. While that has been something consumers and the music industry have been struggling with for some time now, Beyoncé may be paving the way for other artists to maintain the integrity of their work and get paid to do so. (Don't you enjoy getting paid for your work?)

Opening up numerous streaming and download options for fans has made Lemonade available to even more people in other countries, and that's a win for everybody. Just don't wait to long to host a re-watch party.