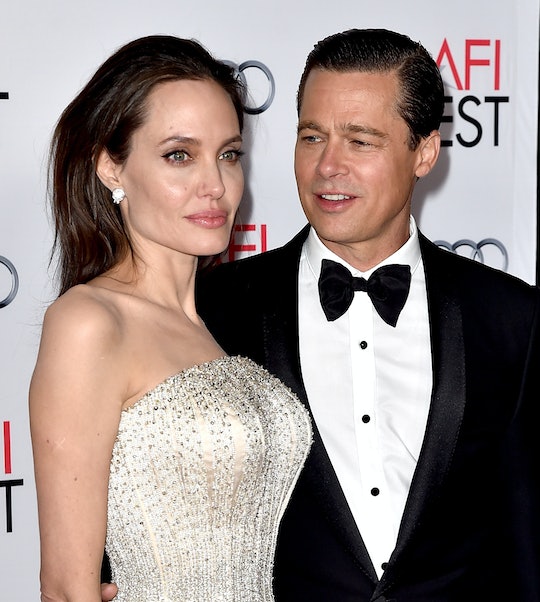 How To Watch 'By The Sea', Brad Pitt & Angelina Jolie's Last Project As A Couple

Brad Pitt and Angelina Jolie's first movie together, Mr. & Mrs. Smith, documents the beginning of their real-life romance, but their last movie as a couple, By the Sea, may document the end of it. The powerhouse celebrity couple, who dominated tabloids and magazine covers during their 12 years together, announced their divorce on Tuesday. And many looking for explanations (or just a way to give Brangelina a fitting send-off) are wondering how to watch By the Sea while either crying about how even the most passionate love cannot last, or triumphantly screaming, "TEAM JEN!" Luckily, there are plenty of ways to get the movie online, although be warned—the critics were not kind to the film.

By the Sea, which Jolie wrote and directed, hit theaters in 2015, a year after the couple officially married. (They first fell in love in 2004.) The movie, which grossed less than $4 million worldwide on a production budget of $10 million, tells the story of a married couple vacationing at a seaside hotel in 1970s France, in the hopes of repairing their rocky relationship. Pitt's character is an uninspired writer. Jolie's character is very sad. Expect lots of beautiful scenery, alcohol consumption, and shots of a tear-stained but gorgeous Jolie gazing into the distance.

The film is available on YouTube to rent or buy starting at $4.99, or on Amazon Video, where HD rental will cost you $5.99 and owning the movie forever comes in at $14.99. Other possibilities include Google Play or VUDU.

Still, before queuing it up, maybe consider what viewers have to say about it... The top Amazon customer review damns with faint praise, with the title, "It is not the worst movie I have ever seen." The reviewer directly underneath begs to differ, however, calling it, "One of the worst films I have ever seen."

And reviewers felt similarly, with the movie garnering a 34 percent fresh rating on Rotten Tomatoes. In his one-star review for RogerEbert.com, critic Peter Sobczynski called the film "such a borderline unendurable exercise in vapid self-indulgence that it almost feels like an exceptionally straight-faced parody of empty-headed star vehicles." Yikes.

Add to that the fact that, given Tuesday's news, all the onscreen fighting and sadness can much more easily be read as autobiographical (although the couple denied at the time that the characters were based on them, with Jolie telling the Today show upon the movie's release that "if it was close to us at all, we could never make this film — it’s because we’re actually very stable and these aren’t our issues"), and By the Sea will likely make for a difficult watch.

Perhaps you're better off turning on Mr. & Mrs. Smith instead.