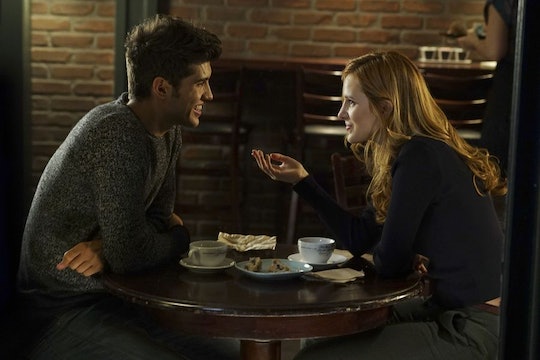 Don't Miss Out On Freeform's New Series 'Famous In Love'

If you've been looking for a new drama to watch, look no further. Pretty Little Liars creator I. Marlene King is bringing a new series to Freeform and it already looks amazing. Famous in Love, which is based on the novel by Rebecca Serle, follows Paige Townsen (Bella Thorne) as she gets thrust into the spotlight after being cast in a Hollywood blockbuster film. Though the show will be airing on Freeform, there's also a few other ways fans will be able to check out this intriguing new series. Here's how to watch Famous in Love.

Similar to Freeform's other latest series, Beyond, the entire first season of Famous in Love will be available for streaming after the premiere on Tuesday, April 18. Fans can find it on Freeform.com, the Freeform app, On Demand, and on Hulu, the same night of the debut. However, if binge watching isn't your style, you can still watch the series each week on Tuesday nights at 9 p.m. ET following the premiere episode.

Whichever way you watch, this is a show you'll definitely want to give a chance. Besides Thorne, the show also stars a lot of newcomers and some familiar faces, including Carter Jenkins, Charlie Depew, Georgie Flores, Niki Koss, Pepi Sonuga, Keith Powers, and Perrey Reeves.

Plus, if the show is anything like the book, there will also be a fun love triangle between Paige and her two male costars, Rainer Devon (Jenkins) and Jordan Wilder (Powers), along with a lot of other drama thrown into the mix. As Paige is thrust into this new world, she'll have to figure who's really her friend and who's just trying to get a piece of her fame. She also has to manage trying to keep her old friends while she becomes more and more famous.

Besides the drama, it looks the new series may also include a bit of mystery. According to IMDB, Paige will also uncover "the truth about a missing popstar." Could there be another "A" level character on King's new show? It seems doubtful, but it's too early to say for sure. In either case, it's clear this show will be entertaining and will definitely get fans hooked. If you're able to resist the temptation of binge watching the entire first season once it's available, I applaud you — but this looks like another addictive series from King.

You can decide for yourself when Famous in Love premieres on Tuesday, April 18 at 9 p.m. ET on Freeform.