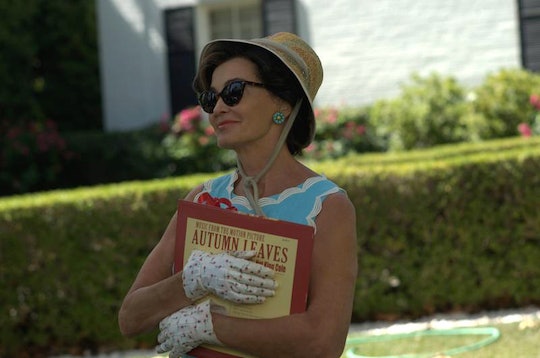 If you want a good laugh this weekend, you need to know how to watch Joan Crawford in Trog, which turned out to be one of the last projects the actress ever took. After the success of Whatever Happened to Baby Jane?, Crawford was supposed to star in Hush...Hush, Sweet Charlotte, but drama on the set and an alleged illness got her recast, as demonstrated on Feud. Although Baby Jane was supposed to relaunch both Davis' and Crawford's careers, it really didn't at all. It's pretty to sad to know that just three decades ago (and sort of to this day), after a certain age, there are basically no roles for women.

But just because Trog is the most ridiculous, unintentionally funny horror film (with monsters!) out there, doesn't mean you shouldn't stream it. It's available on iTunes, Amazon, and YouTube to rent for around $2.99. If you need a hard copy for your collection, one was released on DVD in 2007 and is available on Amazon, too, so you can have one delivered by the time the Feud series ends on FX.

At the time of its initial debut, The New York Times wrote: "There is, however, a rudimentary virtue in Trog, a sort of second cousin, 15 years removed from Creature From the Black Lagoon, in that it proves that Joan Crawford is grimly working at her craft. Unfortunately, the determined lady, who is fetching in a variety of chic pants suits and dresses, has little else going for her."

Basically, Trog is about an anthropologist (Crawford) who is working in a cave with half-human, half-ape-like creatures that she names, cutely, Trog. Of course, he ends up flipping out and taking over the research center and going on a rampage in a neighboring village. No spoilers about how it ends, but if you take three guesses, you're probably right.

"Trog is no more exciting or scientific than the antics of a rambunctious kid in a progressive school," The New York Times critic wrote at the time. Suffice to say, it wasn't a huge success. Knowing what we all know about Crawford from watching her life unfold on the Ryan Murphy series — and all the pride that both she and her rival Davis took in themselves and their work — she was likely very unhappy with the review.

After Trog, Crawford did have some other small roles, but by then her acting career was pretty much over. She had other projects, like her memoir/self-help book My Way Of Life, which was published in 1971. Crawford died in 1977, not long after, though as fans, it's sort of sad that Trog was one of her last, big releases.

But that doesn't mean you shouldn't curl up on the couch with it to see how Crawford takes on the part. And if you secretly end up enjoying it, no judgements here.